A former Iowa high school administrator, who was under investigation for sexual misconduct involving a student, committed suicide this week.

William Terry, 47, was found dead in his basement on Thursday from a self-inflicted gunshot wound, according to police in Ames, Iowa, according to PEOPLE.

Officers had entered his home as part of a search and arrest warrant and heard a gunshot from inside the residence.

“Officers found a deceased adult male in the basement of the residence,” said Marshalltown police. “Preliminary investigative results indicate the male shot himself. Nobody else present was injured. No police officers discharged their weapons.” 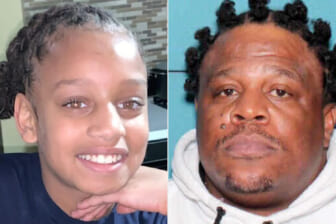 Earlier this month, police found the body of Adam Eugene Edgington, 42, in his car. The Nevada native reportedly died of a self-inflicted gunshot wound a day after he was charged with sexual exploitation of a 13-year-old student. Edington also worked with the Iowa school district and was being investigated after alleged inappropriate relations with a minor.

Terry was an associate principal at Marshalltown High School. His death came after a July 6 report was sent to Marshalltown police alleging that there was “potential sexual exploitation and inappropriate sexual contact between a former school employee and former student,” according to a news release from the police.

“The former staff member was being investigated by police in relation to allegations involving a former student,” Marshalltown Community School District superintendent Theron Schutte confirmed in a statement, according to the Times-Republican.

Meanwhile, a third former employee within the district was also arrested in the past two months for sexual misconduct with a student.

Former high school physical education teacher Mark Esquivel, 26, was arrested on June 30 on a felony charge of sexual exploitation after he allegedly tried to solicit sex from a 17-year-old on numerous occasions.

“Student safety is the number one priority for the Marshalltown CSD, and any accusation of a crime which may impact student safety is taken very seriously,” the school superintendent said in a statement.

“The Marshalltown CSD took swift action to address recent allegations of misconduct against former employees and will continue to cooperate fully with the MPD. As a result of the allegations, the district is reviewing all existing selection and hiring processes. The district will also be providing additional training on staff ethics and responsibilities, and is reviewing the curriculum to ensure all students are informed about reporting – and empowered to seek help – if a concerning situation arises,” the statement continued.

It added: “Additionally, the Marshalltown CSD is teaming up with community partners to continue strengthening our existing policies, practices, and procedures to ensure the highest level of protection for students. These and any additional steps are critical to providing a safe, enriching learning environment for Bobcat students.”

Dr. Theron Schutte, superintendent of Marshalltown Community School District, said the “district will also be providing additional training on staff ethics and responsibilities and is reviewing the curriculum to ensure all students are informed about reporting — and empowered to seek help — if a concerning situation arises.”

According to the report, the investigation into the sexual allegations is continuing.