At 58 years old, Hollywood icon Vanessa Williams is aging like a fine wine — and she’s celebrating hot girl summer with a new bikini shot on Instagram.

“Are we doing bikini shots in our early 50s? Ok,” Williams wrote in the caption a photo showing off her fit figure in a white bikini.  One IG user responded, “When you look like this! YUP!” 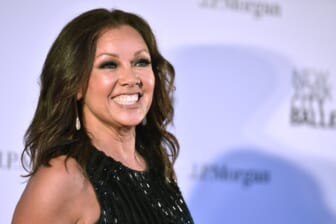 Williams, a mother of four, is the first Black American woman to be crowned Miss America.

She previously spoke about the skincare tools and applications that she’s used to help maintain her ageless beauty since the 80s. While she swears by sunscreen and treatments at her dermatologist, Williams is also fond of the at-home tool she says has helped her maintain her youthful look.

She opened up to Madame Noire in a 2020 interview. “One device I have is called Ziip Beauty. You plug it in, put your serum on. It has a beeper. You do one side of your face, the other side of your face. You can do it as often as you like. The energy to your face helps tighten so you don’t have to…you know,” she said, referring to plastic surgery.

When it comes to skin moisturizers, Williams told New Beauty, “I’m obsessed with this yummy skin moisturizer from the Dead Sea that I discovered when I got a mud wrap in Israel two years ago.”

Williams is all about “starting each morning feeling refreshed and rejuvenated,” she explained. “I hate waking up with dry eyes, so my current morning must-have is Clear Eyes Pure Relief Multi-Symptom eye drops. They’re great for moisturizing my eyes and getting rid of irritation right away.”

As previously reported by theGrio, Williams recently drew backlash for performing “Lift Every Voice and Sing” at the PBS A Capitol Fourth event in Washington D.C.

She hosted the affair and performed the song known as the Black National Anthem, but conservatives and Americans unfamiliar with the 100-year-old poem-turned-hymn balked at its inclusion.

Writer Greg Kelly complained on Twitter: “THIS IS BAD. Different Races will have their own holidays? Their own Anthems? The new SEGREGATION.  Vanessa Williams to sing ‘Black national anthem’ for Capitol Fourth celebration.”

Another decried, “There’s only one National Anthem that covers everyone. It doesn’t matter what color you are.” 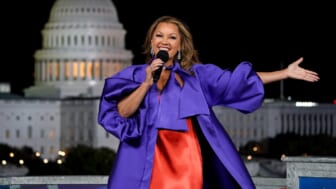 “Vanessa honey,” Black conservative personality and congressional candidate Lavern Spicer wrote, “a BLACK national anthem is something a Black African Country would have, not a country like America that exists for everyone.”

Meanwhile, African Americans and other allies made Kelly and many other conservatives aware that “Lift Every Voice and Sing” has been around for over 100 years. The song was first sung at a birthday celebration for Abraham Lincoln.