Rep. Sheila Jackson Lee says of the John Lewis Voting Rights Act that "the people of Texas are desperate and need it."

The Texas Democrat was arrested outside of the Hart Building in Washington, D.C., the same place her colleague, Georgia Rep. Hank Johnson, was arrested just last week.

In a video posted to Twitter Thursday afternoon, Jackson Lee shared, “I engaged in civil disobedience today in the spirit of John Lewis in front of the Senate Hart Building and was arrested. #GoodTrouble.”

“The significance of members of the Congressional Black Caucus engaging in civil disobedience and being arrested is to highlight for the nation how crucial voting rights is as a lifeline to people of color,” Jackson Lee told theGio following her arrest.

“As a member of the Judiciary Committee who has helped write the voting rights reauthorization in the time that I’ve served in the United States Congress and watched every successive voting rights reauthorization have votes like 98 in the Senate, 400 plus in the House — numbers that reflect that voting rights is a constitutionally fundamental right and a birthright — how we have gotten into the crisis of today is the toxicity of the former president and the toxic nature of race relation.”

The Hart Senate Office Building is one of the three structures that house the offices of U.S. senators; in particular, this building is the workplace of Sen. Joe Manchin of West Virginia and Arizona Sen. Kyrsten Sinema. Both Democrats have been resistant to using a carveout of the Senate filibuster rules that could help the John Lewis Voting Rights Act and the For the People Act pass.

The filibuster, which has been criticized as a “Jim Crow relic,” requires 60 votes in the Senate just to bring a bill to the floor. A “carveout” is a rules changer providing that any legislation that concerns elections or voting rights is not subject to the filibuster rule but can be brought to the floor by a simple majority. This particular carveout would refer to voting rights legislation, but it has been used in the past for presidential appointments. 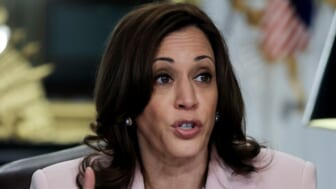 Jackson Lee’s arrest is particularly significant: It is from her state where more than 50 Democratic lawmakers fled to avoid voting on a bill that would further restrict voting and impact largely marginalized communities. The Texas legislators have been in Washington, D.C. in a hotel for a month. They have been lobbying federal legislators to take a firm stance on voting rights that could override state bills.

Ohio Rep. Joyce Beatty was the first sitting congressperson to be arrested earlier this month, with Rep. Johnson soon following. Both arrests occurred outside of the Hart Building. 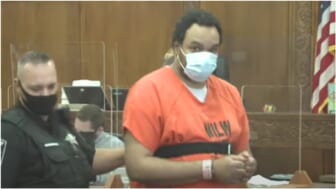 Neither Manchin nor Sinema have commented about the arrests.

Evoking the spirit of Lewis, the late Georgia political and civil rights fixture, Jackson Lee said in her video: “I believe when you’re getting into good trouble, when you realize the 15th Amendment has guaranteed the fundamental right to vote, any action that is a peaceful action of civil disobedience is worthy and more to push all of us to do better and to do more.”