Vice President Kamala Harris told CBS News the issue is non-partisan and "should be approached that way."

Vice President Kamala Harris says she has been having engaging conversations with Republican members of Congress about voting rights.

Harris said in an interview with CBS News that the issue is non-partisan and “should be approached that way.”

“I’ve talked with [Senator Lisa] Murkowski about this issue,” said the vice president.

Murkowski has taken a public stance against the For the People Act, which she calls a “partisan federal takeover of the election system.” However, the Alaska senator co-sponsored the John Lewis Voting Rights Act. Murkowski has voted with Democrats on several issues, including some appointment confirmations. She also voted to impeach President Donald Trump after the Jan. 6 insurrection.

Even with Murkowski’s support, Democrats still need nine more Republican senators to pass either voting rights bill unless they push to create a carveout of the filibuster.

As previously reported, a “carveout” is a rules changer providing that any legislation that concerns elections or voting rights is not subject to the filibuster rule but can be brought to the floor by a simple majority. This particular carveout would refer to voting rights legislation, but it has been used in the past for presidential appointments. 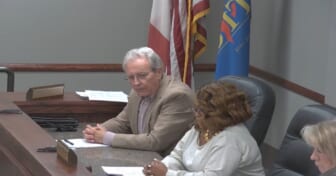 Also Read:
Alabama councilman faces backlash for racial slur: ‘Do we have a house n— in here?’

On that subject, Harris said, “there is a national imperative to pass the voting rights legislation, and that is the test of our time.” Pressed further on filibuster reform, she added, “Any changes to the filibuster is going to require all Senate Democrats to support those changes.”

Democratic senators Joe Manchin of West Virginia and Kyrsten Sinema of Arizona have publicly opposed changes to the filibuster. 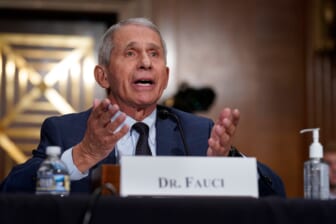 “There is a lot of work to be done. There is no question about that.” Harris said. “I join the chorus in saying that everyone has to approach this issue with a sense of urgency and a sense of deep-seated commitment to fighting against these efforts to suppress the vote.”

In addition to meeting with Republicans, Harris and President Joe Biden have met with members of the NAACP, National Urban League and NAACP Legal Defense and Education Fund to ensure them that every effort is being made to protect the Black vote.