Missouri Rep. Cori Bush says that she knows what it's like to be homeless and believes evictions will lead to more deaths as the pandemic surges anew

On Friday, Missouri Congresswoman Cori Bush stated that she would sleep outside of the U.S. Capitol building after Congress adjourned without voting to extend the national moratorium on evictions. The moratorium is scheduled to expire on Saturday at midnight.

As reported by ABC News, Congress failed to vote on a bill that would extend the moratorium before the House goes on a six-week recess. House Speaker Nancy Pelosi stated that “Unfortunately, not a single Republican would support” an extension.

Bush wrote a letter to her fellow Democratic colleagues for not forcing a vote before the break.

“We cannot in good conscience leave for August recess until the Federal eviction moratorium has been extended,” Bush wrote. “We must do everything possible to protect the nearly 6.2 million households at risk of eviction.” 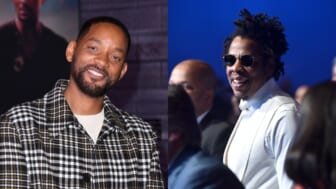 Bush elected to sleep on the steps of the Capitol building overnight as a protest.

“If Congress does not act now, the fallout of the eviction crisis will undoubtedly set us backwards as the COVID-19 pandemic continues to ravish our communities — needlessly contributing to more death and suffering,” the freshman Democrat wrote.

Bush, who is candid about her time being homeless, understands the risk that many Americans face amid an ongoing health crisis. CNBC reports that the Delta variant of COVID-19 is causing cases to rise again and threatens the need for another lockdown.

“I’m a formerly unhoused Congresswoman, and I know that people will die if we let the eviction moratorium expire,” Bush said in a tweet with a screenshot of the letter. “I just sent a letter to every one of my Democratic colleagues telling them we can’t leave until we pass this extension.”

Bush posted a photo of herself on the steps of the Capitol overnight, to show her resolve.

“Many of my Democratic colleagues chose to go on vacation early today rather than staying to vote to keep people in their homes. I’ll be sleeping outside the Capitol tonight. We’ve still got work to do,” she said in a separate tweet.

Throughout the night, Bush posted updates as people started to join her. Among those who came to her aid were Democratic Reps. Ayanna Pressley of Massachusetts and Ilhan Omar of Minnesota, who posed for a photo with Bush at 1 a.m.

Both Pressley and Omar also tweeted about their overnight stay, as numerous others joined them to sleep on the Capitol steps in solidarity.

At 6:55 a.m. on Saturday, Bush posted another update with a photo of people who joined her, Pressley and Omar overnight.

Domino’s Pizza boxes can be seen in the photo, along with sleeping bags some protesters brought along. 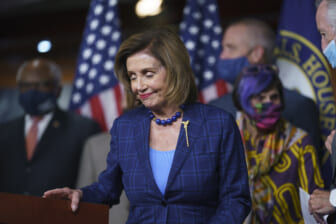 “We’re still here,” Bush tweeted as she urged Democrats to return to make a vote. Democrats hold a House majority over Republicans.

As of Saturday morning, Congress had not made any headway and the moratorium is expected to end as scheduled.