New law makes possession of small amounts of marijuana a misdemeanor crime carrying a fine up to $100, but no jail time in Louisiana

Louisiana is ending jail time for possession of small amounts of recreational marijuana, adding new requirements for doctors administering the abortion pill and restricting when police officers can use chokehold restraints, as more than 250 new laws take effect Sunday.

Roadways are receiving new names. Candidates for office are newly able to take unlimited sums from political action committees. Rules are being adjusted for when judges must recuse themselves. And a new crime is being added to the books for charging someone with staging a car crash.

Restaurants will be allowed to sell pre-packaged, pre-measured, “ready-to-drink” alcoholic beverages for delivery. Louisiana’s official state songs list will include “Southern Nights” by New Orleans native Allen Toussaint. And people convicted of felonies in Louisiana who have been off probation or parole and out of prison for five years will be able to serve on jury duty.

Once passed by lawmakers, most of Louisiana’s new laws take effect at the start of August. The latest batch of changes were approved in the regular session that ended in June. 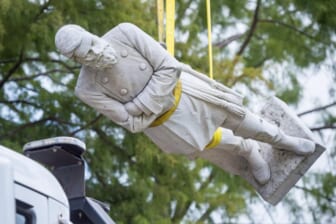 Starting Sunday, people in Louisiana caught with small amounts of recreational marijuana will only face a fine and no possibility of heading to jail. The new law makes possession of up to 14 grams of marijuana — a half-ounce — a misdemeanor crime carrying a fine up to $100, even for repeat offenses.

The change comes as attitudes about cannabis have shifted in the state. Several municipalities around Louisiana already had switched to fines, rather than arrests, for possession of small amounts of recreational marijuana, and Louisiana has had a legal medical marijuana program for several years.

Doctors will have to offer information to women seeking nonsurgical abortions through a pill, suggesting that ending the pregnancy could be stopped midway through the process — even though medical groups say that’s inaccurate and possibly dangerous.

A medication abortion works during the first nine weeks of pregnancy, through a two-pill process. The first causes an embryo to detach from the uterine wall, and the second pill taken two days later causes contractions to push the embryo out of the uterus.

A doctor dispensing the medication will be required to give a woman seeking the drug-induced abortion a written statement saying the first pill “is not always effective in ending a pregnancy” and suggesting a woman could reconsider the abortion and talk to a doctor “to determine if there are options available to assist you in continuing your pregnancy.”

In addition, doctors that perform abortions will have to submit to the state more detailed information about complications and zip code data about where women who terminate their pregnancies live, rather than just the parish and municipality.

The health department will have to share with the social services department and the attorney general reports of abortions performed on girls under the age of 13. Rules also are being changed about which courts minors seeking an abortion without parental consent must use.

Changes to Louisiana’s policing laws taking effect Sunday are aimed at addressing police misconduct, following many of the recommendations of a state task force created amid a national conversation about racial bias in policing.

As August begins, officers will face new restrictions on the use of chokeholds and no-knock warrants. Chokeholds will be allowed only “when the officer reasonably believes he or another person is at risk of great bodily harm or when deadly force is authorized.” 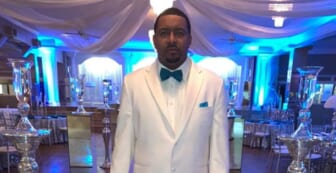 Police agencies will have to increase their minority recruitment efforts and must hold anti-bias training if they want to be eligible for certain state law enforcement grants.

If an officer commits misconduct, that officer’s state certification will be subject to suspension or revocation — a provision aimed at keeping officers fired from one police agency from moving to another.

Among other changes taking effect Sunday, Louisiana is requiring athletic events held in a taxpayer-financed venue to start with the playing of the national anthem — but the requirement is largely symbolic, since the law carries no penalties for violations.

The state will start charging a new $100 annual fee on any commercial seafood business that sells imported seafood, with the money set aside for analysis and testing of the seafood coming from foreign countries.