On Friday, New Orleans Mayor LaToya Cantrell announced new mandates in the city that people wear face masks and all city employees get vaccinated amid a new surge in COVID cases, CNN reports. 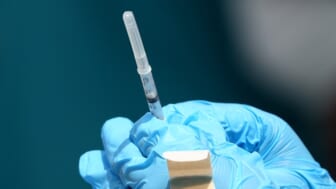 In addition to the mask order, she urged in a press conference that more residents get vaccinated against COVID-19 with the pandemic “once again raging out of control” due to the delta variant. Less than three out of four city employees have received a jab, she said.

“Today, I’m issuing a mandatory mask-up NOLA,” Cantrell said. “All of our people need to mask up when they are indoor[s], and it’s always been when you are in large crowds in our city — over 500 [people gathered] — you are supposed to have that mask on, but what we’re saying now, you really need that mask on, period. Whether you are vaccinated and, of course, if you are un-vaccinated.”

Cantrell said that there were more than 35,000 cases and more than 810 deaths in New Orleans, a city with a population of fewer than 400,000 people. New Orleans has recorded more than 1,000 cases in the past week, Cantrell added.

She also stated that the reported average daily case count increased to 272 this week from 104 the previous week. In just two days, the positivity rate has also gone up from 6.5% to 10.7%.

“This is a very dangerous number. We have been here before, we’ve seen the movie over again,” Cantrell said. “And what was once unpreventable today is preventable and it’s through our people getting vaccinated.”

She continued, saying the city’s medical services are becoming overwhelmed by the increase in emergency calls, prompting the first-term mayor to sign an emergency contract to increase the number of dispatchers on hand.

“We currently do not have the capacity to respond to 911 calls that come from our community right now,” Cantrell said. 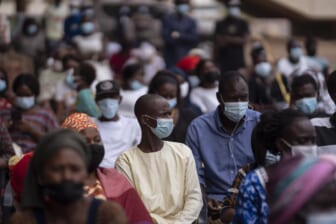 CNN reports that while Louisiana does not currently have a statewide mask mandate, Gov. John Bel Edwards stated in a press conference that he is now taking it into serious consideration.

“The delta variant is a game-changer, and at this point, it’s not whether we vaccinate or mask, we have to do both,” Edwards said, the outlet reports. “Right now at least 83.7% of all the COVID cases in our region is a result of the delta variant, and so anyone who is COVID positive in Louisiana should assume that it is from the delta variant, and ultimately you have to take the same precautions, regardless.”