After 60 years in show business, and 30 years competing in the rodeo, the Ivy Park partnership was a rare opportunity for him to see his two worlds come together

This month Emmy-winning actor Glynn Turman opened up about how he ended up collaborating with Beyoncé’s Ivy Park.

Many in our community know the beloved thespian for his role as math professor and retired Army colonel “Bradford Taylor” on the 90’s sitcom A Different World. But some of his fans might be surprised to find out that he’s also an acclaimed cowboy and rodeo champion.

During a recent interview with Variety, the 74-year-old reveals how he became the face of Beyoncé’s new Ivy Park denim collection, which is meant to not only highlight classic Western wear but also celebrate the often erased Black cowboy experience. 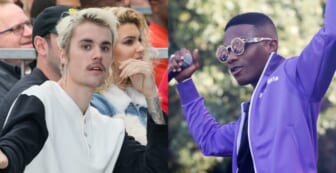 “Our family was actually vacationing together when the launch idea came about,” he began when asked about how he crossed paths with Beyoncé. “It came up that she wanted to do something with her new line and I said she could use my ranch for that. I had no idea she was going to lasso me into the campaign!”

Given that he’s spent 60 years in show business, and 30 years competing in the rodeo, this ad campaign was a rare opportunity for him to see his two worlds come together.

“Becoming an Emmy-winning actor was much more on my radar than a rodeo champion cowboy,” he confessed. “I was at a rodeo in Las Vegas and a young fella stopped me and said, ‘Can I get your autograph?’ So I gave him my autograph, thinking he knew me from my movies. I asked, ‘Which of my movies is your favorite?’ He said, ‘What movies?’ He knew me as a cowboy and had no idea I was an actor! So I never would have known or thought that in my life that’s what I would be recognized for.”

Making the moment even more special was the fact that his granddaughter Melinda appears in the ads with him. 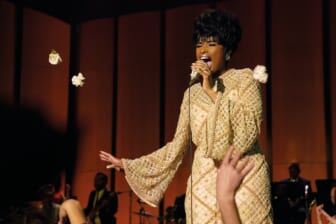 “She’s an accomplished cowgirl, raised on the ranch like both of my kids,” he explained. “Her and I riding together in an ad for such a prestigious company has been tickling her to the core.”

Before concluding the interview the actor also shared why he and his wife started “Camp Gid D Up,” for inner-city and at-risk youth.

“First off, I learned that there was a need for that kind of space. I started that camp as a promise to Coretta Scott King, who called a summit after the ‘92 riots and asked some of the pillars of the community — if I could include myself in such distinguished company — to help ease some of the difficulties in our community. We’ve met wonderful young people who were able to reach goals that I don’t think they would have necessarily thought of, had they not gotten out of the environment [they were in] and [been] exposed to a different environment.”