EXCLUSIVE: Wayans, a longtime comedy star, dished on his transition into drama, plus his thoughts on Aretha Franklin's legacy

Marlon Wayans is ready to redefine his story.

The 49-year-old actor is best known for his comedy roles in films and TV shows, such as The Scary Movie franchise, The Wayans Bros. and Sextuplets, but Wayans is expanding his resume with his latest role in Respect. The comedian stars as Ted White, Aretha Franklin‘s former manager and ex-husband who frequently abused her before their 1969 divorce.

It may be hard for fans to imagine Wayans as a controlling, complicated pimp-turned-manager, but the actor told theGrio exclusively that he was well prepared to take on the role.

“Everything is energy. So I got to turn off the comedy valve and turn on the drama, and I got to be,” he explained. “So in comedy, you become broad. In drama, you become still. So it was good to just kind of be still, be charming, be dangerous, be insecure, be jealous — just explore all those things that a damaged human is.” 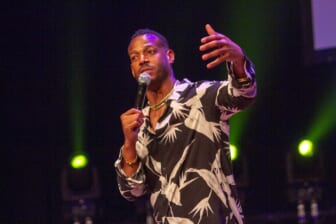 Wayans appears alongside Forest Whitaker, Audra McDonald, Tituss Burgess and Mary J. Blige in the 2021 biopic, but many of his scenes are shared with the film’s leading lady, Jennifer Hudson, who stars as Franklin. The two built electric chemistry on screen by connecting and building a friendship off-screen, according to Wayans.

“First of all, she’s a sweetheart. It’s hard not to love her. She’s just so nice. So sweet. I think, as Marlon, every time on set with Jennifer, I was like, ‘Would you like a coffee? Would you like some tea? You need a blanket?’ Because she’s always cold. I’m like, ‘It’s 150 degrees in here. You want me to light you on fire?'” he said with a laugh.

“She works all day, I’d get her a massage, you know. I congratulated her for a great week of work, and I will give her her favorite chocolate,” Wayans continued. “So it was easy, when we got to set, that Aretha felt comfortable with Ted, because Jen was comfortable with Marlon. All those scenes were difficult — from the love scenes to the fight scenes, they were difficult.”

Wayans went on to share that fans of Franklin can continue to pay tribute to the late singer by celebrating the film, which she helped develop before her 2018 death from pancreatic cancer. 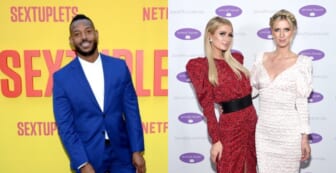 “Seeing it all come to life was amazing, but watching the effect that it has on the audience is even more amazing,” he explained. “What I’ve heard about the movie and what people have gotten from the movie, and how they enjoyed the movie. I think that’s the greatest respect that we can pay to the great Aretha, is to go out, see her movie and celebrate —celebrate the songs, celebrate her journey, celebrate her life.”

Wayans added that he can’t pick just one Franklin song as his favorite — all the Queen of Soul’s hits have their place.

“[It] depends on what I’m doing. If I’m about to get busy, I may put on ‘Something He Can Feel’ or I’ma put on some ‘Dr. Feelgood,’ depending on what mood I’m in,” he dished. “If I’m feeling like, ‘I’m not messing with work today. I had a bad day. The white man pissed me off,’ I’m gonna play ‘Respect.’ There’s so many different hits, you can pick one any time.”

Respect is available in theaters nationwide. Fans can watch theGrio‘s full interview with Wayans above.