A group committed to searching for mass grave sites where victims of the Tulsa Massacre are insisting the Department of Justice intervene in the city's efforts.

The desire to rectify the sins of the Tulsa Massacre presses on. In addition to the city never fully recovering as a mecca of thriving Black businesses and community, the history of what really happened threatens to be rewritten. 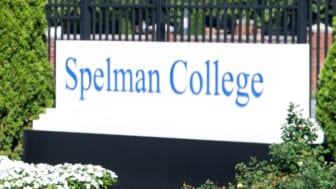 It’s widely known that the number of casualties has been underreported. There’s also the unfortunate fact that many in the community now are unaware of what truly occurred.

The PBS documentary Tulsa: The Fire and the Forgotten reveal that the massacre began as a result of a young Black man who accidentally bumped into a white woman while entering an elevator.

The woman alleged he’d assaulted her. The teen was jailed and the local newspaper published a report titled “To Lynch Negro Tonight,” and urged chaos.

Black men from the area surrounded the courthouse to protect him. After someone fired a gunshot, a white crowd then moved into the area, provoking rioting, looting, and fires.

Almost 40 blocks of Greenwood were destroyed, residents were displaced, and businesses were eviscerated. Prior to the incident, its residents were primarily Black veterans of World War I who owned property and worked in various fields, including restaurant owners, theater owners, dentists, doctors, and so on.

It’s estimated that nearly 300 people died during the multi-day destruction. Some eyewitnesses claimed they saw bodies of Black people being thrown into mass graves, into the Arkansas River, or loaded onto trucks and trains. For several decades, the search for graves of the deceased has been a major focus.

In 2018, Tulsa Mayor G.T. Bynum promised “healing and justice,” renewing the investigation into searching for mass graves. But after the city opted to rebury 19 bodies exhumed from a potential mass grave in a city-owned cemetery, more cries for justice for the dead rang out. One of the bodies included a Black man’s skeletal remains that showed multiple gunshot wounds throughout his body.

Now, residents are tired of broken promises and are requesting are demanding the U.S. Department of Justice intervene as a “neutral, third-party investigator.” The goal is to continue a thorough search for the mass graves of victims.

A letter dated from the Justice For Greenwood group reads: “There are innumerable reasons why the Department of Justice should intervene in this case. First, the City perpetrated the massacre and then led the cover-up of the massacre for 75 years.

Over the last 20 years and currently, the City’s official position is they are not responsible for the horrendous loss of life, land, or livelihood that it caused. The known and suspected mass grave sites are crime scenes. As such, these crime scenes should not be investigated by the very perpetrator(s) of the crime, let alone entities we know have failed to adequately investigate and prosecute those responsible for the crimes.”