On Friday, shortly after addressing the public regarding the U.S.’s recent withdrawal from Afghanistan due to the resurgence of the Taliban, President Joe Biden announced he will be appointing former Chicago, Illinois mayor Rahm Emanuel as the U.S. ambassador to Japan.

The decision has already been met with a wave of backlash due to Emanuel’s handling of the fatal shooting of Black Chicago teen Laquan McDonald in 2014 while Emanuel was mayor.

Thousands have signed a petition urging Biden and Vice President Kamala Harris not to hire Emanuel, citing a list of reasons including the alleged “cover up” of McDonald’s murder, the closing of 50 majority-Black elementary schools and the shut down of several of Chicago’s mental health clinics while he was in office. 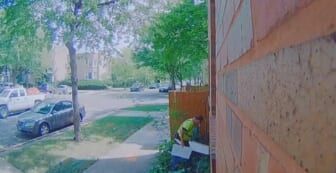 McDonald was shot 16 times by former Chicago police officer Jason Van Dyke on October 20, 2014. According to the police, the 17-year-old was walking down a street on the Southwest side of Chicago, carrying a 4-inch knife and behaving erratically. The officer reportedly told McDonald to drop the knife, but the teen did not comply. Van Dyke purportedly shot McDonald for fear of his life, claiming the teen lunged at him.

Over one year later on November 24, 2015, video footage of the incident was released per a judge’s orders, and it told a different story from police accounts. The video shows Laquan walking away from police, carrying a small knife. As the teen spins around, Van Dyke proceeds to shoot Laquan 16 times from a distance of roughly 10 feet.

The day the video was released, Van Dyke was charged with first degree murder, marking the first time an on-duty Chicago police officer had been charged with such in 35 years.

An autopsy report later found that Laquan had suffered wounds to his chest, neck, back, arms and right leg.

Per several 2015 reports, Emanuel was behind the over 13-month delay of the video’s release, causing several groups to call for his resignation from office. Emanuel attempted to justify the decision to withhold the footage “by saying publication would jeopardize a federal investigation into the shooting,” which was disputed by the U.S. Justice Department who did not object to the video’s release. 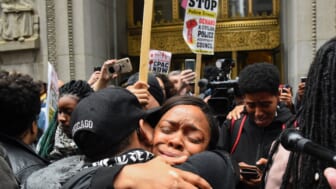 Emanuel served as former President Barack Obama’s first chief of staff, and developed a strong relationship with Biden while he was vice president. The New York Times’ Annie Karni reported that Biden has known he would select Emanuel and Burns for months, but the U.S. had to get host countries’ to sign off on the decision before the official announcement could be made.

“The alliance between the United States and Japan is the cornerstone of peace and prosperity in a free and open Indo-Pacific, and I would proudly represent our nation with one of our most critical global allies in one of the most critical geopolitical regions,” Emanuel said in a statement after the announcement.

theGrio’s David A. Love contributed to this report.