Walker Wear is suing Off-White for trademark infringement. According to The Fashion Law, Walker Wear is alleging that Off-White’s founder Virgil Abloh is making and selling a $2,234 jacket that has “a design nearly identical to Walker Wear’s storied WW XXL Athletic mark design.” 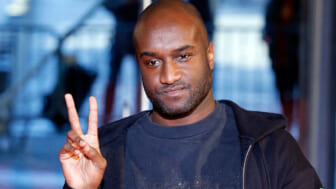 Prior to filing the suit, Walker Wear says it alerted Off-White about the issue.

Walker Wear claims it has been using the WW XXL Athletic mark and related pieces since around 1993 under the monitoring of April Walker.

The complaint reveals that Walker’s designs have been sold for “nearly thirty years” and “have been worn by many of the most famous hip-hop entertainers, and have been the subject of extensive media coverage.”

In that time, the streetwear brand says it has “invested substantial time, effort, and resources in developing the [WW XXL Athletic] trademark and trade dress rights,” resulting in them becoming “widely associated with Walker Wear” and acquiring “substantial recognition, goodwill, and fame.”

Walker Wear says it has a recognizable logo/mark that “consists of two stylized W’s, centered and slightly overlapping,” which “typically appear in silver, set off against a dark blue or black background.” It insists that “this shape and color stylization is unique in the fashion industry, and renders the mark and trade dress inherently distinctive.”

Furthermore, it filed trademark paperwork to be able to use the identifiable logo solely.

Walker Wear claims Abloh is applying a “cheat code” to use similar branding.

The brand notes that “larger fashion houses” are infamous for “misappropriating the work of independent designers like [Ms. Walker] on the assumption that she and others like her will be unable to meaningfully challenge them in legal proceedings.” It also claims that “Off-White and its founder, Virgil Abloh, have an unfortunate history of deriving from the creativity of other designers.”

The brand insists that Off-White’s jacket is a copycat of their product. It does not believe Abloh’s creation and sale of the jacket is a mistake, noting in the complaint: “Given Ms. Walker’s iconic status in the streetwear fashion industry and Mr. Abloh’s knowledge of the industry, Off-White was almost certainly aware of the mark prior to designing, producing, and selling the infringing jacket.”

After not being able to settle the matter out of court, Walker Wear opted to go through the legal system. It followed its initial complaint up with a motion for a preliminary injunction in the hope that Abloh and the retailers he’s using to sell the jacket will desist from “making unauthorized use of the Walker Wear mark for the duration of the litigation.”

Abloh is known for his work with Kanye West and his design partnership with Louis Vuitton.