A $10,000 reward is being offered for information about who shot and killed New Orleans Police Detective Everett Briscoe on Saturday afternoon at a restaurant in the Galleria area of Houston.

Another person was also injured in the incident and transported to the hospital in critical condition, according to Click 2 Houston.

According to the report, a group of people was dining on the Grotto Ristorante patio when two suspects approached the patrons, demanding their things in a robbery. Witnesses told police the victims complied, but a gunman still fired shots, and two people were hit, Briscoe among them.

“Everybody complied,” Houston Police Chief Troy Finner told NBC News, adding that one of the suspects opened fire, yet nothing appeared to have been taken.

“It makes no sense,” an angry Finner said during a press conference Saturday.

“We’re gonna stand together as a city,” Finner said. “(When) you look at the stats over the last couple of weeks, crime has been going down a little bit, and we want to continue to do that. But right now, I’m not worried about the status and worrying about getting these two individuals because I don’t want them to be a reflection of our city.” 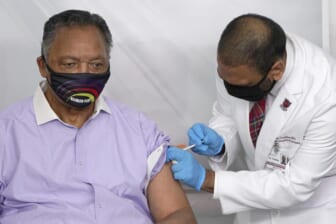 The two suspects are still currently at large.

Briscoe was a 13-year veteran of the New Orleans Police Department. The married father of two sons had recently earned a bachelor’s degree from Southern University.

New Orleans Police Superintendent Shaun Ferguson released a statement on Saturday responding to Briscoe’s murder, saying, “We have been made aware of this incident. We are certain the Houston Police Department will work diligently to find the perpetrators of this terrible crime. We are praying for the family of our fallen officer. We are also praying for the family of the second victim in this incident.” 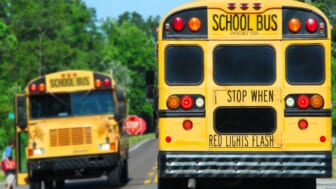 “I want to thank Houston Police Chief Troy Finner for his strong words of support tonight,” Ferguson added. “I would also ask that you pray for the NOPD family as we begin to understand the enormous loss we have suffered.”

New Orleans Mayor LaToya Cantrell tweeted her condolences, writing, “My condolences go out to the family of our fallen officer and the NOPD team during this difficult time.”