Black Florida officer rehired after being terminated for using N-word

A Black Florida police officer who was fired by the Tampa Police Department earlier this year after being caught saying the N-word is now back on the job.

Delvin White, who worked as a school resource officer at Middleton High School, was allegedly captured on his body camera using the slur on two occasions and was subsequently fired by Tampa Police Chief Brian Dugan, according to the New York Post.

The 8-year department vet reportedly called a student the N-word while he was arresting him.

White also reportedly used the N-word when referring to himself, as well as when speaking in general about students at his school while on the phone with his wife. He called the students “ghetto ni**as” and that instance was captured on his body camera, theGrio reported.

Nearly half of Middleton’s students are Black, compared to just one in five districtwide.

The Black officer told his superior officer that he did not use the N-word in a derogatory manner, but said it was “commonly used in today’s society as a means of shared culture and experiences among the African American community.” 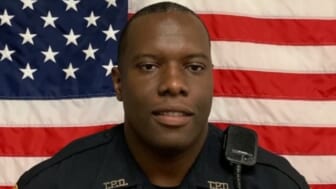 Chief Dugan said he received dozens of messages supporting White. However, he also noted that it was “troubling” a school resource officer would use that language with a student.

“I look at a school resource officer as equivalent to a teacher,” Dugan said following White’s termination in March. “Would you want a teacher to talk to your son in that manner?”

“This isn’t about racism, this is about professionalism,” Dugan said. “Officer White isn’t playing golf with his frat brothers, he’s not playing poker. He’s wearing the uniform of a Tampa Police Department officer and speaking to a student that way.”

White’s union, the Tampa Police Benevolent Association, said in a statement in March that White is a “beloved and trusted” member of the department.

“Despite his misstep, throughout the investigation, private citizens and other individuals associated with his school contacted the Chief of Police lending their support and reflecting their admiration for his character and contributions,” the statement said.

White has been a student resource officer at Middleton High School since 2018. Tampa’s police union appealed his dismissal and White returned to work on Tuesday. On Monday, the city’s Civil Service Board voted 3-0 that his termination was too harsh a punishment, the Tampa Bay Times reported.

“I do not want to see the city lose an employee like that who obviously does his job above and beyond — a difficult job in, let’s face it, very difficult circumstances,” board member Charlotte Hursey said. “It’s like cutting off your nose to spite your face.” 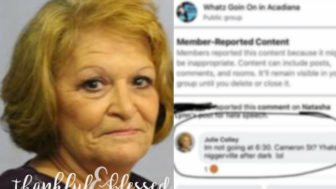 White admitted that he used the slur in an attempt to connect with the student, and acknowledged that it was a “poor choice of words.”

It’s unclear if he will return to Middleton High School or work as a school resource officer elsewhere.