The legislation passes as GOPers in nearly every state propose and many are passing restrictive voting laws.

The Democrats in the U.S. House of Representatives passed the John Lewis Voting Rights Act on Tuesday.

The bill would strengthen the Voting Rights Act of 1965 and make it more difficult for states to restrict voting access.

The legislation passes as Republicans in nearly every state are proposing — and many are passing — restrictive new election laws.

“It is unpatriotic to undermine the ability of people, who have the right to vote and to have access to the polls,” Speaker Nancy Pelosi said from the House floor. “As John knew, this precious pillar of our democracy is under attack from what is the worst voter suppression campaign in America since Jim Crow. Unleashed by the dangerous Shelby v. Holder as mentioned in 2013, in 2021, state lawmakers have introduced over 400 suppression bills.”

Democratic Alabama Rep. Terri Sewell introduced the legislation, saying, “Old battles have become new again. I want you to know that the modern-day barriers to voting are no less pernicious than those literacy tests and those poll taxes. And what we must do, as we did back in the ’60s, is when we see states running amok, we need federal oversight.”

The bill passed along strict party lines, with all 212 House Republicans opposing it.

Also known as H.R. 4, the John Lewis Voting Rights Act would restore and strengthen parts of the 1965 act, which have been weakened by the Supreme Court. Significantly, the act would restore pre-clearance in which states that have had voting rights violations would require federal permission to make major voter rights changes. 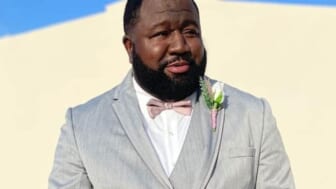 Most of those states include southern states, where Black voters have long been disenfranchised due to a history of enslavement.

In a speech in Charlotte in 2012, Lewis, the late Georgia congressman, once said, “My dear friends: Your vote is precious, almost sacred. It is the most powerful nonviolent tool we have to create a more perfect union.”

H.R. 4 is now headed to the Senate, where it faces Republican opposition and a filibuster. It will need 10 GOP senators to back it to get through the chamber.