A GOP lawmaker has found himself in hot water this week after his social media post comparing vaccine mandates to the Nazi Holocaust sparked outrage. 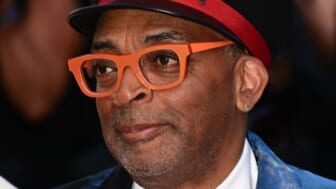 Wednesday evening, Rep. Thomas Massie (R-Ky) reportedly removed the offensive post which featured a meme that insinuated vaccine passports were eerily similar to the identification tattoos prisoners in concentration camps were forced to have etched into their flesh.

“If you have to carry a card on you to gain access to a restaurant, venue of an event in your country … that’s no longer a free country,” read the post.

Not surprisingly, several political leaders, activists and followers were stunned by the public post and slammed the GOP representative for what they perceived to be fear-mongering.

“Thomas Massie, a child of privilege and wealth, who has never been denied anything he ever wanted, is comparing getting a vaccine–which 99% of Americans have done in their lifetimes–to the Holocaust. Such an ass,” read one comment, echoing the sentiments of many.

“I guess cheapening and trivializing the Holocaust has become routine for House Republicans. Do other Republicans even bother to condemn this sort of thing any more?” inquired another.

In response to the public outcry, the post that had been put up at 3 p.m. was removed before midnight.

“Once again, Massie has made a fool of himself on the national stage and embarrassed the commonwealth,” said Colmon Elridge, the chair of the Kentucky Democratic Party posted Thursday. “Denigrating the victims and survivors of the Holocaust just to score cheap political points is ignorant, shameful, and has no place in our politics or American society. Trying to quietly delete his tweet without apologizing for his ignorant and offensive behavior? That’s rock bottom pathetic.”

In response to the post, Andrew Zirkle, who reportedly interned with Massie’s office, announced he had left the internship, explaining, “I quit. I wanted to let everyone who knows me personally to know that as soon as I got in to work this morning, I resigned my position in the Office of Congressman Thomas Massie because of his tweet comparing the horrors of the Holocaust to vaccine passports.”

“These sorts of statements and comparisons are highly inappropriate and are not something I want to associate with personally or professionally. Belittling the Holocaust in this way is an affront to the Jewish community as well as any survivors or family of those who perished,” he continued in the Twitter thread. “Everyone has personal limits of what is intolerable and this is one of mine. I hope to take what experience I gained from DC and move on stronger to the next challenge.”

That same morning Massie responded to the allegations that he was spreading anti-vaccine propaganda, and attempted to clarify his stance. 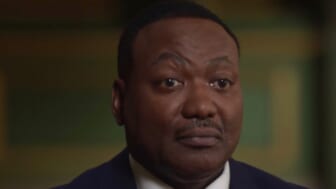 “Like most of the people I represent, I’m not against the vaccine – I’m against unscientific and immoral vaccine mandates and vaccine passports,” he explained, before stating, “Vaccine choice” is not “anti-Vax.”