Tony award-nominated choreographer Camille A. Brown will make history as the first Black woman to both direct and choreograph a Broadway show in 65 years.

Brown, who has choreographed more than 50 productions since the beginning of her career, will direct the upcoming production of For Colored Girls Who Have Considered Suicide/When The Rainbow is Enuf, announced the show’s producers Nell Nugent, Ron Simons and Kenneth Teaton.

The last Black woman to direct and choreograph was Katherine Dunham, who served in both roles for her dance company in a three-act dance on Broadway in 1955.

Brown has choreographed for major Broadway shows like Choir Boy, A Street Car Named Desire and Once on This Island. In 2019, she choreographed for the critically acclaimed revival of “For Colored Girls Who Have Considered Suicide/When The Rainbow is Enuf,” in an off-Broadway production. 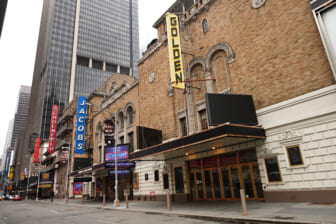 In a 2017-2018 report from the Asian American Performers Action Coalition, a staggering 86.8% of all Broadway and off-Broadway shows were from white playwrights and 87.1% of all directors were white as well.

The number fell slightly to 80% in the following year for playwrights and fell to 85% for directors.

In addition, people of color have spoken out about racist treatment while working on Broadway productions.

Actor Griffin Matthews, from Dear White People, was outspoken about the complacency and silence of his Broadway peers after the viral death of George Floyd, an unarmed Black man who was murdered by police officer Derek Chauvin in 2020.

In a series of videos posted on Twitter, he said that society needs to disavow racism and called out directors, choreographers, casting agents and more for “pretending to be allies,” exclaiming that their actions are “why Broadway is racist.”

Broadway has metaphorically responded to the criticism following its year-and-a-half hiatus due to the COVID-19 pandemic.

A group of seven new plays scheduled through the end of the year are all written by Black writers and will feature a wide spectrum of Black stories, with themes ranging from laugh-out-loud comedies to powerful tales of overcoming, this fall’s lineup has something for everyone. 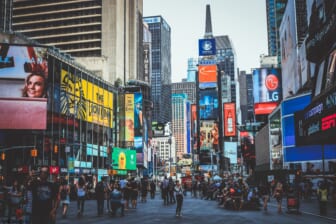 Brown’s appointment is not only progressive due to her identification as a Black woman, but also because of the premise of the play.

The play was written by Black playwright Ntozake Shange, as a series of poems and dances to share the survival stories of seven women dealing with racism and sexism in society.

The play first debuted on Broadway in 1976 and received rave reviews. It returned to New York 43 years later, at the Public Theater in 2017, where Brown choreographed it.

“It is an honor to help usher the return of Ntozake Shange’s groundbreaking work to Broadway under the direction and choreography of Camille A. Brown, who is herself blazing a new path on Broadway as the first Black woman in more than 65 years taking on this dual role,” said Simons, one of the producers. “I am quite confident that the ancestors and Ntozake’s spirit are lifted.”

For Brown, the play’s plot deeply resonates with her mission to both explore and show ancestral stories and their connection with the modern struggles of Black women.

“Social dance for social change is reclaiming Black narratives, giving African Diaspora culture its rightful place in American culture, fostering learning and creativity and spreading the joy of dance,” she wrote on her website. “It aims to create safe spaces for healing and connection and a creative environment for leadership building and consciousness-raising.”