Black ex-McDonalds shift manager Anthony Green is suing his former employer after being targeted with racist language from an employee under his supervision as well as his own supervisor.

In the lawsuit filed August 19, Green claims restaurant management denied his request to avoid working shifts alongside a white employee who used the N-word and that his own supervisor and general manager, who is also white, later told him that his hair was “unprofessional” among other racist comments.

According to the lawsuit, around February 2020, roughly one month after Green began managing shifts at a McDonald’s location in Ottawa, Kansas, he overheard a white co-worker who he supervised — simply referred to in the lawsuit as Joseph — use the N-word while at work. 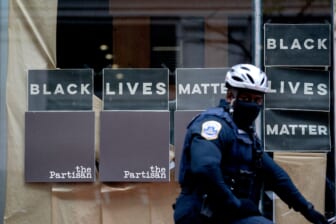 Green, who was 17 at the time, proceeded to file a written complaint to his supervisor and general manager, referred to in the lawsuit as Cynthia, requesting to no longer be scheduled to work at the same time as the co-worker going forward, per the lawsuit

No disciplinary action was taken against Joseph in response — instead, the restaurant’s higher-ups continued scheduling Green to work shifts alongside the employee, according to the lawsuit.

During their shifts together, Green claims, Joseph continued harassing him with racist language including repeatedly addressing him as “boy” despite Green being his boss.

Green claims he then went to the restaurant’s owner Hugh O’Reilly, who is white, with his complaints about the employee, after which O’Reilly “took no action” to remedy the employee’s repeated use of anti-Black language or order their shifts to be scheduled separately.

Later in approximately April 2020, Cynthia told Green the only reason he was not fired after filing his complaint was that she did not want him to pull the “Black card,” per the lawsuit.

Also according to the lawsuit, Cynthia told Green she does not like people “outside” of her race, and that his natural hair was “unprofessional,” among other racist and demeaning comments.

Going forward, Green claims, he was required to work multiple 70-hour work weeks which he was not paid properly for due to his supervisors deliberately reducing his reported overtime hours. 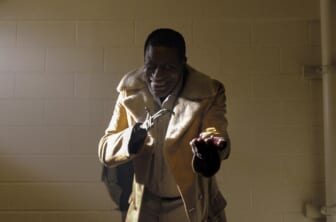 Per the lawsuit, Green was supposed to earn $12 an hour for his work, yet even on his busiest weeks never made more than $684, or roughly $9.75 per hour.

The continued harassment and discrimination at the hands of both his supervisors and subordinates created an unbearable daily work environment for Green, and he was “constructively discharged” later in June. Constructive discharge refers to an employee resigning from an occupation on the basis that the work environment was made unsafe or hostile by the employer.

Green is suing the Ottawa McDonalds location for discrimination, retaliation, two counts of failure to pay wages, and failure to pay overtime, and is demanding a trial by jury.

McDonald’s shared the following statement with theGrio in response:

McDonald’s unequivocally stands behind the need for inclusion in our restaurants, and we do not tolerate discrimination of any kind by anyone in any McDonald’s restaurant. We are reviewing the complaint and will follow up accordingly.