NBC News correspondent Shaquille Brewster was covering Hurricane Ida when he had to cut his live report short after an aggressive heckler violated his space. 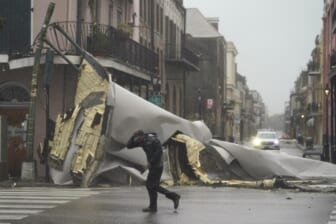 “Craig, I’m going to toss it back to you because we have a person who needs a little help right now,” Brewster told MSNBC anchor Craig Melvin on Monday as the unknown man approached the crew during the live shot.

The heckler is seen in the background pulling up in a white pickup truck and then rushing towards the news crew. He gets right up in Brewster’s face and the anchor attempts to push him back by pressing his hand to the man’s chest.

Watch the moment via the clip below.

The heckler is unintelligible for the most part but as reported by Mediaite, he seems to be demanding that Brewster report the news “accurately.”

Another member of the crew intervenes as the shot returns to Melvin in the studio who is shocked by the unfolding scene.

“You probably saw or heard a few moments ago, one of our correspondents was disrupted by some wacky guy during his live shot there in Mississippi,” Melvin said. “Pleased to report that Shaquille Brewster is just fine. Shaq is okay.”

Melvin also addressed the altercation on Twitter, writing, “This is beyond unacceptable and disgusting. [Brewster] was trying to do his job on a beach in Gulfport, MS. Shaq is ok. This guy who nearly attacked him clearly is not.”

Brewster also tweeted that he was unharmed.

At the time of this report, the man who accosted Melvin has not yet been identified.

MSNBC President Rashida Jones praised Brewster as a “consummate professional” for how he handled the heckler.

“Shaq Brewster is an exceptional journalist,” Jones said. “Like the consummate professional, he did not let someone intimidate him from doing his job. We’re glad he and the team are safe, and we couldn’t be more proud and supportive of their work.”

Hurricane Ida blasted ashore Sunday as one of the most powerful storms ever to hit the US, blowing off roofs and at one point, temporarily reversing the flow of the Mississippi River as it rushed from the Louisiana coast toward New Orleans and one of the nation’s most important industrial corridors, theGrio previously reported.

Ida’s 150-mph (230 kph) winds tied it for the fifth-strongest hurricane to ever hit the mainland U.S. It dropped hours later to a Category 3 storm with maximum winds of 120 mph (193 kph) as it crawled inland, its eye 25 miles (40 kilometers) west-southwest of New Orleans.

Officials said Ida’s swift intensification from a few thunderstorms to a massive hurricane in just three days left no time to organize a mandatory evacuation of New Orleans’ 390,000 residents. Mayor LaToya Cantrell urged residents remaining in the city on Sunday to “hunker down.”

Comparisons to the Aug. 29, 2005, landfall of Katrina weighed heavily on residents bracing for Ida. Katrina was blamed for 1,800 deaths as it caused levee breaches and catastrophic flooding in New Orleans.

Ida’s hurricane-force winds stretched 50 miles (80 kilometers) from the storm’s eye, or about half the size of Katrina, and a New Orleans’ infrastructure official emphasized that the city is in a “very different place than it was 16 years ago.” 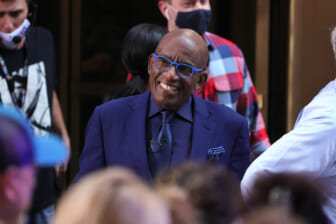 Also Read:
‘Keep up’: Al Roker claps back at viewers concerned he is too old to report live from Hurricane Ida

At least 619,000 customers were already without power Sunday after nightfall, according to PowerOutage.US, which tracks outages nationwide.