Ohio man charged with killing ex-girlfriend while kids at school

Thomas Albert was indicted on Monday in Ohio on aggravated murder

Six years ago, Candance Prunty was shot to death at her Springfield, Ohio, home. Now, her family is finally seeing justice as the suspected killer, her ex-boyfriend, was formally charged with the murder on Monday.

Thomas Albert, 38, was indicted in Ohio on aggravated murder, aggravated burglary, felonious assault, weapons, and tampering with evidence charges stemming from the 2015 killing of the 26-year-old mother, PEOPLE reports.

Prunty was shot in her head and neck on Oct. 21, 2015, according to Springfield News-Sun. The heinous act occurred while her three children were at school. At the time, they were ages 1, 4, and 7. She was found dead on the floor of her kitchen by relatives after she failed to pick up the kids from school. 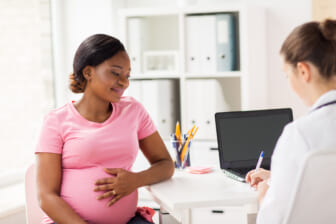 Albert was Prunty’s ex-boyfriend at the time and immediately a person of interest in the killing. The News-Sun reports that “technology wasn’t there to fully explore” the evidence collected in 2015 following her death, but as time passed, tech advancements in crime scene investigation tools allowed investigators to gain “a clearer picture” of what happened, according to Clark County Prosecutor Dan Driscoll.

“What happened was, cellphone technology and electronics evolved – the technology evolves rapidly just about every day. Early on in the investigation, we obtained information but again with the advancements in technology, we were able to see things now and paint a clearer picture of what happened back in 2015,” Springfield police Detective Ronald Jordan told News Center 7′s John Bedell.

Prunty reportedly called it quits with Albert in the summer of 2015, following a short relationship. Investigators believe he killed her because he was upset about the breakup.

“When we arrived at the scene, the injuries that we saw, the nature of this crime led us to believe that it was something personal. Someone was very upset over something and essentially took it out on our victim.”

“It seems like heaven opened up and showered blessings upon us,” she said. “Justice … that’s what we wanted.”

Beard admitted that the indictment doesn’t bring the family “closure.” 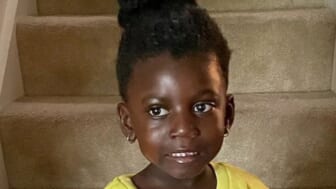 Albert is currently an inmate at an Ohio prison, where he’s been since 2018 after being convicted on attempted homicide and aggravated robbery for an unrelated case. He is not eligible for parole until 2045, according to prison records. If convicted for the murder of Prunty, he could spend the rest of his life in prison, but will not be eligible for the death penalty.

“Not in this case. But this will be a chance for him to spend the rest of his life in prison. We looked at the aggravated murder because we believed there was prior calculation and design in this case. Basically, that he planned this murder out,” Driscoll told Bedell.