The weekly, late-night show will feature “deep dives, sketches and social experiments” to break down social issues guided by his “culturally fluid take” on the topics explored. “It’s the show I’ve always wanted to do,” said Charlamagne, when announcing the project on his hit morning radio show, The Breakfast Club, in July.

The show was co-created by Charlamagne (Lenard McKelvey) and Stephen Colbert, and will be executive produced by Rachael Edwards, who will also serve as showrunner.

“My South Carolina brethren Stephen Colbert is the ultimate co-sign in the late-night space and he wouldn’t co-sign no bull—t!” Charlamagne said in a statement. “We are going to win an Emmy next year for best lighting direction. I can feel it!!!”

Colbert’s inclusion in the project marks his return to Comedy Central, the home of his debut solo series, The Colbert Report, which followed his stint as the longest-running correspondent on The Daily Show. Along with the new series announcement, Colbert said, “For too long, the town of Moncks Corner, South Carolina has been underrepresented in late-night. I look forward to all the ways in which the fearless, peerless Charlamagne is going to change the game.” 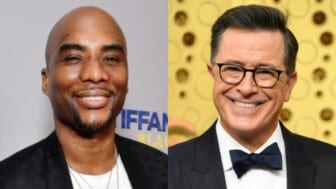 “Charlamagne knows exactly what he wants to do with this show – which is smack the audience upside the head every week and make sure they’re paying attention to the world around them,” shared McGruder. “He is keenly aware of the power of his voice and always looking to use it to maximum effect, which requires both talent and courage. I’m very excited to be a part of this project.”

As TheGrio previously reported, when signing his iHeart Radio deal, Charlamagne Tha God expressed how Blackness is valuable and should be represented and appreciated as such, particularly in media.

“Blackness has an immediate, culture-shifting effect on everything,” he said. “Blackness controls the cool. Blackness is the culture, but Black Voices are not monolithic. The only way to appreciate the diversity of thought and experiences in Black culture is to build a platform for those voices to be heard.” 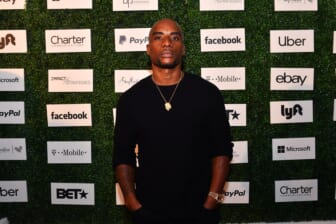 Check out the exclusive teaser below: