As of Saturday, 46 people have died in the northeastern U.S. as a result of Hurricane Ida floodwaters which swept through the region after the storm initially touched down in Louisiana.

The death toll could have been higher if it were not for first responders and community members. The New York Times reported that many bravely put the health and safety of others before their own, assisting and rescuing many who were left in perilous circumstances during the aftermath of the storm. 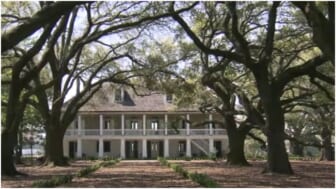 One such rescue story reported by the Times on Friday, details the tribulations of 88-year-old New York City resident Claire Adams, who cannot walk. She was submerged up to her neck in floodwaters inside her Forest Hills, Queens apartment and her neighbor Michael Lettieri helped save her through the window.

Adams’ daughter Essence Crockett, 60, told the Times she was visiting her mother last week when she heard her health aide, Obianuju Okoro, scream out that water was quickly entering the dwelling.

“She started yelling from the next room, ‘Come, come! There’s water coming in!’” Crockett said. “I ran out into the living room and water was just forcing its way through her front apartment door and also her second garden door.”

Crockett and Okoro frantically attempted without avail to barricade the entrances to Adams’ home of 43 years with chairs and other household items before rushing to Adams’ room and using a hydraulic lift mechanism to transfer her to her wheelchair from her hospital bed.

Adams, who has advanced Alzheimers, began to cry out that she was wet and cold as water steadily continued to enter the apartment, rising to Crockett and Okoro’s knees and partially submerging Adams’ wheelchair.

“I thought this is the end,” Crockett said on Friday, tears rolling down her face. “I thought, it doesn’t make sense for us to all perish. I thought my mother’s aide should not sacrifice her life.”

Crockett and Okoro devised a plan to push the air conditioners out of the window and climb to safety where they may be able to get help for Adams as water continued to rise around her wheelchair.

Crockett said she told her mother goodbye for what she thought was the final time before climbing out of the window and down to the street in front of the building.

Unable to connect with emergency services, Crockett ran back into the building and eventually found Lettieri who offered to help the elderly woman still trapped in the rising waters. He told the Times that getting from his unit to the lobby required trekking through waters resembling a “white water river.”

Lettieri then climbed into Adams’ flooded apartment through the open window, shortly followed by Okoro and another unidentified man who collectively helped lift Adams out of the water that had reached her neck. They put Adams back onto her hospital bed where she could safely float until emergency services were alerted. 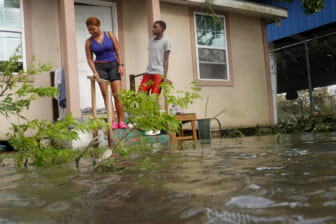 Two officers who had been flagged down by Crockett and Okoro helped break down the apartment door and transport Adams to the nearby Forest Hills Hospital, where she was reportedly safely recovering on Friday.

“We are here; mother is still here,” Crockett said, expressing gratitude for those who helped rescue her from the apartment, which she said is now “destroyed.”

“This was a miracle,” she added. “I will forever be grateful for our neighbors and my mother’s aide, who was an absolute champion.”