OPINION: While an arguably earnest horror attempt in some ways, "White Devil" is still unfulfilling.

While on one hand it’s terrific that we have finally reached the stage in cinematic history where it seems like everyone — from filmmakers and critics to the general audience — wants to contribute something to the Black horror conversation, that enthusiasm hasn’t translated to compelling work. Such is the case with writers-directors Mariama Diallo and Benjamin Dickinson’s trite short film, White Devil.

Shot fittingly in black and white, the film might have actually worked better if it were rewired as a drama. That’s because there’s nothing particularly horrifying or unsettling that happens in it. The story is a snapshot of an interracial Black and white cohabiting couple played by the filmmakers, who are now married in real life, as they navigate the throes of the pandemic and cultural awakening.

What unfolds is a rather familiar image for many Black women who’ve struggled to maneuver around their white counterpart’s freshly-adapted wokeness. When Dickinson’s character (presumably named Benjamin as well, though neither character is mentioned by name) is not attending racial protests, he’s watching myriad clips of police brutality online — sometimes while wearing a Malcolm X t-shirt. 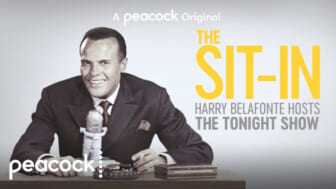 Also Read:
Tribeca Festival 2021: ‘The Sit In: Harry Belafonte Hosts the Tonight Show’ takes us into a lesser-known corner of Black History

He makes a point to say that he bought their raggedy record player from a guy with no yelp reviews because, “I thought it was important to support Black businesses right now.”

Diallo’s character, who’s more haunted by the fact that he can watch those traumatizing videos and fall softly to sleep each night than perhaps anything she’s seen on the news, usually reacts to his extreme wokeness with a quiet eye roll. That includes the time when he sits a doll in the image of his mother at their breakfast table because that is where she was when she told him she was leaving his dad when he was 7 years old.

It’s probably important to add here that Dickinson’s character is a dollmaker, but there still leaves a lot more to unpack regarding the whole mother-doll thing that White Devil doesn’t even bother with.

That’s because things get even weirder between the couple when Diallo’s character sees that her partner has also made a Black doll in her image with oversized eyes because, as he puts it, “I was using the fallacy of the original to criticize it.” It’s alarming, made to seem even more so with the film’s simmering score that heightens as Diallo begins to notice these off-putting things about her partner.

But really, if it wasn’t for the music, and the somewhat occasionally effective use of the camera, for instance, peering up a shadowy flight of stairs as Diallo’s character searches for her increasingly wayward partner, there wouldn’t really be anything to constitute this as horror. Though perhaps White Devil as a short film concept exists merely as an idea — what would happen if your partner who you love suddenly became your enemy while at the same time portraying himself as your ally? 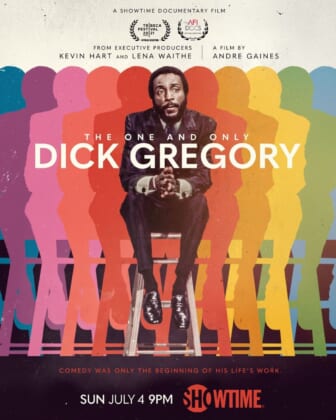 It’s a marginally interesting yet rudimentary angle that is only made engaging through the lens of the dialogue around performative allyship and the awkward attempts to be enlightened in the era of wokeness. Taylor Garron’s As of Yet, which premiered at Tribeca Film Festival earlier this year, was a more fascinating attempt to wrangle with those concepts as a Black woman. But White Devil is trying to do too many things at once, including staying socially relevant, in a tight timeframe.

It doesn’t give the story or these characters a lot of space to breathe. We see the narrative unfurl unequivocally through her perspective, though without any sense of why she begins to doubt her partner’s objectives — and, at worst, become terrified of him.

The filmmakers seem to be asking their audience to arrive to the story with their own preconceived notions of what could come between a couple like them without actually examining the humanity of these specific individuals. It’s easy to consider that, hey, this is a white, likely liberal and progressive man in a relationship with a Black woman at the height of a cultural reckoning — so of course he’d be performative to the point where he’d become downright chilling.

It’s a leap, and it might be a fair one depending on the viewer. But it begs the question of why she’s with him in the first place, because a character flaw like that would have certainly shown itself earlier in the relationship, right? Perhaps that’s what Diallo and Dickinson wants us to contemplate; whether we really know our partner in times like today when the chips are down.

While an arguably earnest horror attempt in some ways, White Devil is still unfulfilling.