Dr. Blackstock responds to vaccine misinformation spread by Minaj, as well as other concerns amplified by Hollywood figures

Nicki Minaj continues to be a trending topic this week for facing backlash after being accused of spreading coronavirus vaccine misinformation in a series of tweets. More recently, the superstar rapper claimed she’s in “Twitter jail,” however, the social media platform has denied her claims.

“My cousin in Trinidad won’t get the vaccine cuz his friend got it & became impotent. His testicles became swollen. His friend was weeks away from getting married, now the girl called off the wedding. So just pray on it & make sure you’re comfortable with ur decision, not bullied,” Minaj tweeted on Monday to her more than 22 million followers.

The rapper immediately came under scrutiny when licensed healthcare professionals, as well as celebrities, deemed Minaj as misinformed and accused her of being irresponsible with her massive platform. Many quickly took to their platforms to debunk Minaj’s claim.

theGrio spoke with Dr. Uché Blackstock, a physician and founder of Advancing Health Equity, to clarify some of the misconceptions and concerns people may have about the vaccine — particularly falsehoods and theories expressed by celebrities and public figures.

When asked about the validity of Minaj’s controversial tweet — which was recently debunked by the minister of health of Minaj’s native country Trinidad — Blackstock confirmed that there is no evidence of the vaccine causing men or women to become infertile. 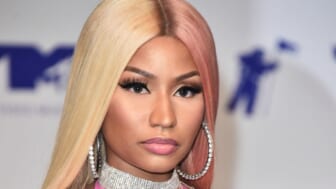 “We have no evidence at all that COVID vaccines affect a person’s fertility. Right now we’ve been collecting data on people who’ve received the vaccine and so far there’s been no reports of men or women becoming infertile or impotent,” Dr. Blackstock.

The skepticism of the vaccine for some in the Black community, due to the grim history of the infamous Tuskegee Syphilis Study, has caused mistrust with the American medical industry. Migos rapper, Offset, has previously expressed concern of being a “Test Dummy.”

Dr. Blackstock assures that, as a Black physician, the Black community is not being targeted by the available COVID-19 vaccines.

“During the vaccine trials, the vaccine manufacturers were able to recruit a diverse group of clinical trial participants to receive the vaccine. They did not see any differences by race. And so far now we’ve had over a hundred million people in the U.S. get vaccinated, many of them Black people. We haven’t seen any differences in reaction to the vaccine among Black people compared to people of other races,” Dr. Blackstock said.

She added, “We know that our communities have been disproportionately impacted in this pandemic. We know that vaccines are one solution to the end of this pandemic and to protecting you. So that’s a lot of the reason why we’re encouraging you to take the vaccine.” 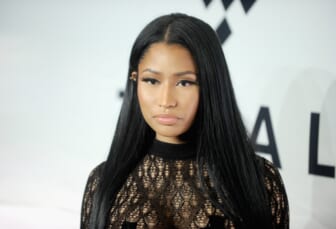 R&B singer Summer Walker expressed her concerns about the vaccine causing excessive bleeding for women, but Dr. Blackstock tells theGrio that changes to your menstrual cycle is because the vaccine influences your immune system.

But the question that most unvaccinated people often ask is “why.” Why get vaccinated if you can still contract the virus? Dr. Blackstock says that it is about being on one accord and getting as many people vaccinated as possible to reduce the risk of COVID’s spread.

“We should get vaccinated because the vaccines work across the population. So while they may reduce an individual’s risk of getting infected, it’s all about vaccinating as many people as possible,” she said.

“The more people that we vaccinate, the more likely we are to actually eradicate and get rid of coronavirus from our country. And that’s what we want right now. We want to go back to doing the things that we love to do, but if more people don’t get vaccinated. That won’t happen.”