"We cannot maintain the health and vibrancy of our neighborhoods if we do not recognize that every resident plays a pivotal role in creating solutions to these challenging problems," says Jessica Mofield, executive director of the Mayor's Office to Prevent Gun Violence

In 2020 and 2021, gun violence surged around the country and New York City was one of the major cities greatly impacted, according to reports. In July, former Gov. Andrew Cuomo even issued an executive order declaring gun violence in New York as a disaster emergency. 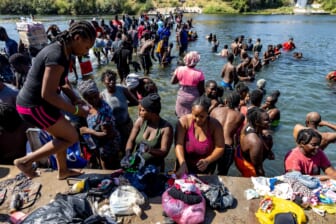 To combat gun violence in New York City, Mayor Bill de Blasio recently announced a new $37 million violence intervention employment program that will create 1,500 jobs in the neighborhoods of Brownsville in Brooklyn, South Jamaica in Queens, Harlem in Manhattan and Mott Haven in the Bronx.

The initiative is a partnership with Black-owned business BlocPower, a Brooklyn-based energy technology startup that markets, engineers, and finances renewable energy and energy efficiency technologies to buildings in underserved market segments. It was founded by Donnel Baird.

According New York City’s official website, “the initiative connects individuals at risk of involvement in gun violence with good-paying green jobs. The employment program will focus on communities experiencing 50% or more of shootings citywide, with an explicit interest in those most vulnerable in these neighborhoods.”

“The first wave of hiring will include over 200 residents from neighborhoods facing disproportionate levels of gun violence. Working with local community organizations, referred individuals identified as at-risk in specified neighborhoods will receive hard and soft skills training to prepare them for successful employment before getting matched with placements at various job sites.”

Outside of this initiative, the city’s Office to Prevent Gun Violence continues to work closely with the community, connecting with grassroots leaders to create peace and prevent gun violence.

Over the summer the Office of Neighborhood Safety expanded their work into more parts of the communities they serve. Initiatives included expanding the hospital violence intervention programs at the city and private trauma centers that have the highest rates of violently injured individuals to mitigate the likelihood of retaliatory violence providing barrier-free employment for individuals who are at risk of being a perpetrator or victim of gun violence and prioritizing interventions for schools in neighborhoods that account for upwards of 50% of New York City’s shooting incidents to implement culturally competent interventions to vulnerable (Black, Latinx, English learning, and undocumented or immigrant) youth in the community to reduce the likelihood of their involvement in violence while increasing pro-social opportunities that encourage and empower them in forming creative solutions for positive engagement.

The Office To Prevent Gun Violence even collaborated with celebrities such as comedian Tracy Morgan and actress Rosario Dawson in 2020 for a digital campaign called “Stay Strong, Stay Safe” to support communities that were hit the hardest by rising rates of violence and the COVID-19 pandemic, and uplift residents of the city in order to promote peace and wellbeing.

During an interview with theGrio, Jessica Mofield, the Executive Director of the Office to Prevent Gun Violence, sheds light on the importance of community empowerment and connecting with Black community leaders.

“Healing comes from telling our truths and sharing its lessons,” says Mofield. “We cannot properly address socio-economic conditions without amplifying the voices of those directly impacted to inform what is needed.”

Mofield continues, “For so long Black and brown communities have offered submission in hopes of the reward of being seen. Instead of being welcomed to actively contribute to local-level decision-making, our communities are often asked to apologize for its conditions.

“The guiding principle of Office of Neighborhood Safety initiatives like the #StayStrongSafeSafeNYC campaign and Neighborhood Stat (NSTAT) is grounded in engaging the community as equal partners to reclaim stories of healing to connect networks, organizations, and individuals together to lead meaningful impact and approaches in their neighborhoods. This process affirms the organic nature of kinship and empowers us to acknowledge we are more alike in our struggles than different.”

When asked what needs to be implemented to shape the future of public safety, Mofield said, “We must have the participation of the community. We cannot maintain the health and vibrancy of our neighborhoods if we do not recognize that every resident plays a pivotal role in creating solutions to these challenging problems.”

Mofield adds that access to capital is crucial for the community to be empowered and active in implementing their solutions in real-time.

“Legitimacy and trust are common themes when exploring how institutional barriers have been produced to prevent resources from reaching those most in need,” she added. 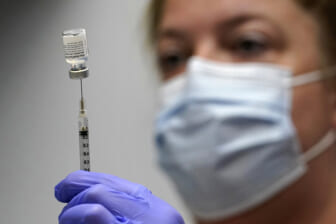 “Meaningful investments informed by the community provide the opportunity and space to redefine what healing looks like for their families and generations to come,” Mofield said.

Office of Neighborhood Safety micro-grant opportunities like the Safe in the City Grant and participatory funding events via Local Neighborhood Stat moves the systemic needle in this direction by incentivizing and encouraging residents, key community stakeholders, and organizations to implement trauma response, prevention, and intervention activities that will make neighborhoods safer.”

Mofield concluded saying, “We do not only ask you to join us, but we also ask to help incubate your ideas to normalize the humanity of your value to make a difference.”