The inmate died at a jail infirmary just before 7:30 p.m. Sunday, the Department of Correction said in a news release.

The inmate died at a jail infirmary just before 7:30 p.m. Sunday, the Department of Correction said in a news release. 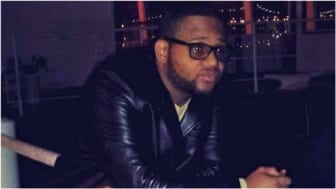 The city medical examiner’s office will determine the cause of death for the inmate, whose name was not immediately released. Correction Commissioner Vincent Schiraldi said the death “appears to be natural.”

The death came days after both Mayor Bill de Blasio and New York Gov. Kathy Hochul announced plans to improve conditions at Rikers Island, where longstanding problems have worsened during the coronavirus pandemic.

De Blasio’s planned reforms include requiring absent jail guards to get a doctor’s note if they’re out for more than a day. Hochul signed a bill on Friday that largely eliminates the practice of incarcerating people for technical parole violations.

At least 10 inmates have died at Rikers this year, several of them by suicide.

Shiraldi said that although Sunday’s death appears to be natural, “there is nothing natural about what is happening in our jail system right now.”

He said he was “heartbroken that we have seen yet another death of a human being entrusted to our care.”