Dash's Labelle co-founder, Patti Labelle, took to Instagram with an emotional tribute to the late singer

Sarah Dash, the singer known for being a co-founder of the all-female singing group Labelle, passed away at the age of 76 on Monday.

Dash was born in Trenton N.J., originally forming the vocal group, The Capris. When moving to Philadelphia in the ’60s, she met Nona Hendryx, Patti Labelle, and Cindy Birdsong. The quartet eventually formed Patt LaBelle and the Bluebelles, which changed to Labelle after Birdsong left in 1967. Labelle found major success in the early ’70s with their song, “Lady Marmalade,” from their Nightbirds album, which became an international hit. 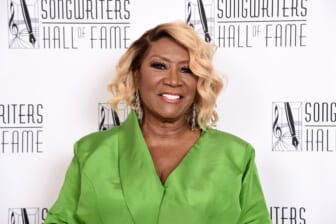 Patti Labelle took to Instagram on Monday morning to open up about the loss of her bandmate and dear friend. In the social media tribute to Dash, Labelle reveals that she was just singing on stage with her over the weekend, writing, “We were just on-stage together on Saturday and it was such a powerful and special moment! #SarahDash was an awesomely talented, beautiful, and loving soul who blessed my life and the lives of so many others in more ways than I can say.”

She continued to call Dash “a loyal friend” and “true giver,” writing, “I could always count on her to have my back! That’s who Sarah was…a loyal friend and a voice for those who didn’t have one. She was a true giver…always serving, always sharing her talent and her time. I am heart broken, as I know all of her loved ones and fans are.”

“But, I know that Sarah’s spirit and all that she has given to the world live on! And I pray that her precious memory brings us peace and comfort. Rest in power my dear sister. I love you always,” she concluded with a heart emoji.

The post has received plenty of outpouring love for Dash, earning over 30,000 likes and hundreds of comments from celebrities like Stephanie Mills, Sheila E., and more.

Tributes have begun to circulate on Twitter, with many fans sharing their favorite clips of Dash singing throughout her career. 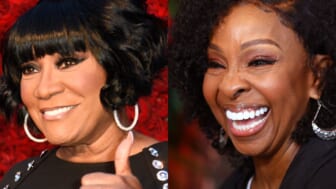 Also Read:
With their Verzuz, Gladys Knight and Patti LaBelle prove legends can still draw, and move, a crowd

After Labelle disbanded in 1977, Dash enjoyed a successful solo career, eventually releasing three albums and even touring with Keith Richards of The Rolling Stones in the late ’80s. Labelle reunited in 1995 and released a song, “Turn it Out.” Their final album, Back to Now, dropped in 2008.

Dash was inducted into the Grammy Hall of Fame in 2003.