Sen. Cory Booker said there was no "meaningful progress," when it came to police reform talks

The bipartisan push for federal police reform in the aftermath of George Floyd’s murder has collapsed in Congress.

However, sources told CBS News that the talks have been abandoned. Sen. Booker confirmed the impasse Wednesday in a statement. 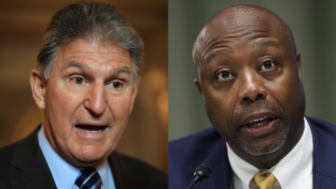 “Unfortunately, even with this law enforcement support and further compromises we offered, there was still too wide a gulf with our negotiating partners and we faced significant obstacles to securing a bipartisan deal,” the New Jersey Democrat said.

Booker added that there was no “meaningful progress,” on the most critical matters.

Sen. Scott said in a statement that the negotiators involved met Tuesday to discuss the measures.

White House Press Secretary Jen Psaki said Wednesday that President Biden would be in consultation with his inner circle about the way forward after the stalemate.

“I can convey to you that in the coming weeks, we’re going to consult the president, we will all, our team, will consult with members of Congress, the law enforcement and civil rights communities, and victims’ families to discuss a path forward, including potential executive actions the president can take to make sure we live up to the American ideal of equality and justice under law,” she said. 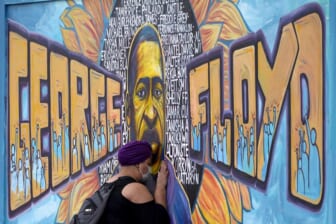 Also Read:
George Floyd fund has awarded over $50,000 in scholarships

“We don’t have any particular faith or hope that we will be able to get reforms passed the Senate,” Rep. Bass told reporters at the Capitol on Wednesday.

Bass also said in a statement that the Black community expected necessary change to law enforcement.

“But every time, more was demanded to the point that there would be no progress made in the bill that we were left discussing,” she said, The Detroit Free Press reported. “With our counterparts unwilling to come to a compromise, we have no other option than to explore further avenues to stop police brutality in this country. I will not ask our community to wait another 200 days.”

Civil rights attorney Benjamin Crump, who is also representing Floyd’s family, wanted the matter to be forced on the floor of Congress.

“I think we need to force it to the floor. I think the families deserve a vote,” he told CBS News.

The formal recognition of the failed talks is a culmination of months of both sides being unable to address the issue of police brutality which came into the public consciousness following the death of Floyd on Memorial Day 2020. Floyd was killed by then Minneapolis cop Derek Chauvin who placed a knee on his neck for more than 8 minutes.

Chauvin was found guilty of second-degree murder, third-degree murder, and second-degree manslaughter in the death of Floyd in April, theGrio previously reported. President Biden expressed a desire that legislation would arrive to mark the first-year anniversary of his death in May — but the date came and went.