Black women who currently and previously worked for the Metropolitan Police Department in Washington, D.C. are calling out the racism and sexism they’ve experienced at the hands of fellow officers and retaliation by internal affairs when they sought to file complaints.

Attorney Pam Keith, who is representing 10 plaintiffs in a class action against MPD, contends this lawsuit is centered on a challenge that police departments across the country are facing — cleaning house when officers’ actions require accountability.

“If you are not looking out for your own people and taking care of your officers, how are you treating the citizens on the street in the District of Columbia,” questions Leslie Clark, a senior police officer in the helicopter unit of the Special Operations Division and one of Keith’s plaintiffs.

Clark told theGrio her woes with the Metropolitan Police Department began in 2012 when she tried to sound the alarm on an officer in the Special Operations Division who threatened to kill then-First Lady Michelle Obama. One of the main reasons Clark spoke out was because the division this officer served in daily was tasked with running the operations for the police who are part of the presidential and vice presidential details, which meant he would be in close proximity to security information and possibly FLOTUS any given day.

“You don’t play about threatening the first lady of the United States and I don’t care what first lady it is whether it’s Laura Bush, Hillary Clinton, Michelle Obama, Melania Trump. I don’t care. You don’t do that,” Clark emphasized. “And my whole thing is, if I had been a Black officer making that comment, I would have reported him also. And it’s just you take an oath to protect the citizens of the District of Columbia and the president and any other dignitary.”

The plaintiffs of this suit range in career experience and seniority with MPD. But each have common threads tying this case together — race, gender and retaliation that went on their records.

Some also encountered sexual misconduct while on duty.

Officer Kia Mitchell who is a special police officer returned to the Metropolitan Police Department to be part of the elite Emergency Response Team. She became the target of a retaliation campaign after reporting a sergeant who she said took out his penis and urinated into a bottle in the van she was riding in with several other officers. All of the other officers usually used the facilities or urinated in the woods but this time was atypical and would be considered inappropriate by human resource standards in most work environments. 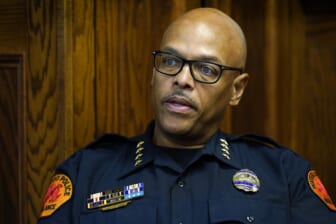 The systemic issues this lawsuit unearths include hazing of Black women officers who belong to social groups that are traditionally underrepresented in policing, as well as societal critics of law enforcement protecting misconduct within the department. However, underneath the surface, this case exposes why police departments tend to lack people of color and women in high-ranking, decision-making positions.

“We have evidence and pretty significant evidence that the office within MPD works collaboratively with management to disparage and denigrate complainants, to coordinate stories, to hide discrimination and sexual harassment,“ Keith explained.

Despite rising to the rank of assistant chief during her 33 years with MPD, Chanel Dickerson said she was undermined and devalued for years. She claims she was denied training and development opportunities, kept out of key meetings, understaffed and denied resources and ultimately isolated amongst her peers for being willing to raise concerns about racism and sexism in the MPD.

Tiana Brown, a former mountain bike patrol officer and community liaison patrol officer who left the Metropolitan Police Department after the litany of run-ins with fellow officers who took aim at her recognition among community members as “officer friendly” told theGrio she noticed every complaint or investigation she faced went on her record, or in police terms what is known as a ‘jacket,’ and impacted her opportunities to advance with the department.

“[The commander of the police academy] had requested [for] me to have a position there in the training, to be an instructor at the police academy plenty of times, as well as every last instructor there. Yet I never got it. And I don’t know why, because I’m more than qualified,“ Brown said. 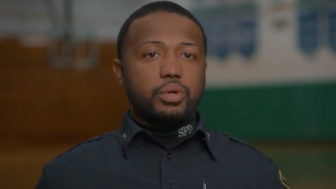 Ultimately both Brown and Clark suggest the harassment they encountered posed a juxtaposition within the department’s public facing mission and internal standards — officers who are tasked with building relationships between officers and the Washington community are hazed by fellow officers who go unchecked and believe the plaintiffs were not tough enough on the streets.

“I’d be on the street with white officers that don’t even like me. And that’s not a good feeling,“ Brown added. “Like if something were to happen, who’s going to come have my back? Luckily for me, the streets always had my back. The people always looked out for me.”

theGrio has reached out to D.C.’s Metropolitan Police Department for comment.