The chief medical examiner in New York City has determined that Michael K. Williams died of a drug overdose. 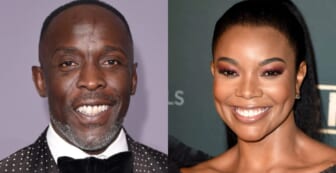 Williams’ official cause of death is acute intoxication by the combined effects of fentanyl, p-fluorofentanyl, heroin and cocaine, per TMZ. His manner of death has been ruled accidental, according to the report.

The five-time Emmy Award nominee was found dead in his Brooklyn apartment earlier this month. Several outlets initially reported that Williams may have suffered a fatal overdose on heroin laced with fentanyl.

The actor reflected on his “own mortality” and “how fragile life is” in an emotional Instagram post in February 2020.

“I’ve been thinking about my own mortality lately,” his post began. “I don’t know if it’s the recent death of my first love and first heartbreak or watching my hero, my rock, my mom get older every day knowing that at 93 her time here won’t be as long as it’s been maybe all of the above (sic). It all has me wondering how will I go? Will I die alone? How will I be remembered and what will be my legacy.”

Williams’ post came days after Kobe Bryant and his daughter Gianna died in a helicopter crash.

“I may not have known every nook and cranny of Kobe’s career but the two things I did learn from watching him is that we are not what we do for [a] living and that focus, hard work and dedication are the seeds of success,” Williams continued. “Most Importantly his untimely passing has reminded me of how fragile life is. I believe I read somewhere in a Chinese proverb ‘whenever u have the chance to watch the sunset’ take it, it might be ur last’ I do this because it reminds me how fast time goes, if u don’t believe me just watch the last 60 seconds of one.”

“I’m tired of wasting time worrying about what people think of me, self doubt and fear, I’d rather trade all that in for a purpose driven life cause from where I sat in the bleachers that’s exactly what it looked like he had,” he concluded.

Williams rose to fame on The Wire. He is also known for his portrayal of Chalky White in Boardwalk Empire and for his role in Lovecraft Country. All three are hit shows on HBO.

In a 2012 interview, Williams revealed that he spent much of his earnings from his critically-acclaimed portrayal of Omar Little on The Wire doing drugs “in scary places with scary people.”

“I was playing with fire,” Williams told NJ.com, though he also insisted he limited himself to marijuana and cocaine, “nothing stronger” — for example, heroin.

“It was just a matter of time before I got caught and my business ended up on the cover of a tabloid or I went to jail or, worse, I ended up dead,” Williams said. “When I look back on it now, I don’t know how I didn’t end up in a body bag.”

After news of his death, tributes poured in on social media.

Queen Latifah paid tribute to her longtime friend by sharing a photo on Instagram of the two together at an event.