What the Facebook/Instagram outage reveals about our social media addiction

OPINION: theGrio's Blue Telusma poses the question: "Has social media just become a normalized addiction that we're all silently agreeing NOT to heal from?"

This week kicked off with millions of people across the country waking up, rolling over to grab their phones, and promptly realizing that the unthinkable had happened: Instagram and Facebook were both down.

For a few minutes on Monday morning, it felt like just a minor glitch. But once we hit the hour mark with feeds that still wouldn’t refresh, suddenly a mid-level panic seemed to creep into people’s text messages to friends and emails to coworkers.

The underlying sentiment: “Well, what do we do now?” As if mankind didn’t exist without social media for literal eons.

Now the astrology buffs amongst us, a group that I’ve proudly belonged to since high school, probably took all this more in stride given we recognize and respect the cosmos are currently experiencing a Mercury retrograde.

For those who don’t know any “spiritual” millennials, Mercury retrograde is a time when the planet Mercury appears to move in a backward direction from west to east. Because this planet rules all energies surrounding communication, it’s a time when misunderstanding, accidents, ego tantrums, messed up travel plans, and yes, even rampant global technical difficulties, are supposed to be rampant and almost inevitable.

One of my friends always complains, “Why does it feel like we’re ALWAYS in a retrograde these days?” But the truth is, this phenomenon only happens three times a year (for about a month at a time) and is actually a great excuse to slow down, pace yourself, and gain some clarity until the cosmic madness subsides.

So yeah, for astrology folks like myself, all those sites going down during retrograde today didn’t surprise us one bit. What did make me pause (and then decide to write this article) though is how dramatic the reactions were from the general public.

Which begs the question, even though it’s largely marketed as a way for us to stay connected, “Has social media just become a normalized addiction that we’re all silently agreeing NOT to heal from?”

Here in Los Angeles where I live, a large majority of my friends are industry folks and/or influencers, with many being a hybrid of the two. Because of this, when a site like Instagram goes down, they aren’t just losing a distraction from work, they’re being kept from actually doing their jobs.

But if we’re gonna keep it a buck here, I’d be remiss if I didn’t admit that on many occasions I’ve seen my friends glued to their phones long after posting a sponsored ad or content, just to see how many likes and how much engagement they’re receiving. Low key, it has nothing to do with their paychecks.

Back in the day, being an attention whore was considered sad and desperate. But now it’s treated more like a socially acceptable coping mechanism to get through the day.

Feeling ugly? No worries, just post a thirst trap “throwback” picture of you in your prime so tons of acquaintances can write “Yasss bissh! You a baddie” with lots of heart-eye emojis under your photo.

Not feeling fulfilled in life? Bet. Dust off your favorite deep meme and slap that bad boy on your platforms with a clever caption. 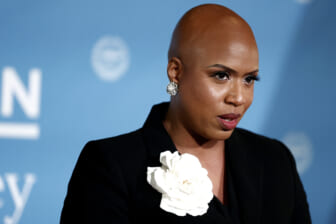 Extra points if you can combine both of these two techniques by posting a thirst trap along with a “deep” quote.

After a few hours of your phone blowing up with notifications, ta-da! For the rest of the day you get to feel seen and validated again without the peskiness of addressing your real problems. But if your post doesn’t get many likes then – WOMP! – you just feel even uglier than before and have to scramble to remove it from your page before anyone realizes you’re internet roadkill.

On these social media streets, the highs are very high and the lows are downright cringe-worthy. Which also describes how drug addicts feel when they’re walking the real streets, aching for their poison of choice. Except, instead of feening for crack or heroin, a lot of us are itching for affirmation and acknowledgment.

I once had an “Instagram baddie” friend dealing with personal trauma who one day spiraled deeper into a depression when she suspected she had been ‘shadow-banned’ on Instagram and her followers weren’t being shown her posts.

“My likes are so low. WTF am I gonna do?” she yelled on the phone one day, with more angst about that than she had shown about the real-life drama she was dealing with.

And yet, just like an addict, late that the same day, she was back on there for another fix; posting an even more alluring picture, and promoting the hell out of it to bolster her engagement.

From a distance, this is all kind of sad, to be honest.

But I don’t judge my homegirl or anyone reading this who has fallen prey to this way of responding because it’s all by design. Our attachment, hyper-focus, and addiction to social media are what fuels billion-dollar empires.

And the fact that so many of us reached for our phones and knew Instagram was down before even getting out of bed for our morning pee break, speaks volumes.

So yeah. Social media went down for a few hours today. And in that time many of us were forced to start off our day without seeing who is flexing on the ‘Gram. We got to talk to our loved ones while actually making eye contact, and yes…even get back to the work that pays us instead of scrolling our feeds. 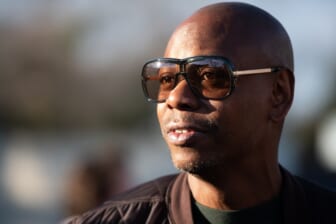 What does it say about us as a society that being fully present in our actual 3D lives, even for a few hours, feels so insufferable? Seriously, that’s the question I’ve been asking myself all morning and I’m still not sure what the answer is.

But if you were looking for a sign that it might be time for a tech break and re-assess where you put your energies, this may have been it.