Dave Chappelle is facing some heat. The comic legend is being called out for recent jokes from his latest Netflix special, The Closer, in which he quips about DaBaby‘s homophobia, trans lives and the LGBTQIA+ community at large.

As theGrio previously reported, Dave Chappelle’s latest Netflix special is described as “closing out” his body of work on the streamer that includes, The Age Of Spin, Deep In The Heart Of Texas, Equanimity, The Bird Revelation, and Sticks & Stones. While Chappelle has often found critical acclaim, many of his takes, specifically surrounding the LGBTQIA+ community, have fallen flat. It seems his latest special is no exception. 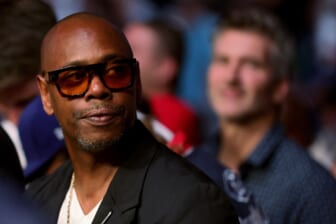 In The Closer, Chappelle dives right into one of the most controversial stories to come out of 2021: DaBaby’s homophobic rant at the Rolling Loud music festival. As theGrio extensively reported, the rapper received major backlash after making dangerous remarks surrounding the LGBTQ community and HIV/AIDS. While the controversy had many thinking about “cancel culture”, Chappelle joked that he was willing to “negotiate the release of DaBaby,” while also expressing his jealousy of progress in the LGBTQ community compared to the Black community, per The Daily Beast.

Chappelle then shared other stories surrounding LGBTQ people, including one in which, after Chappelle confronted a gay white man about filming him and his wife, that man then called the cops on him. Another story has him describing a time when he got into a fight with a butch lesbian, remarking, “I’m glad TMZ didn’t believe that—because I did beat the shit out of her. I’m not gonna lie. It was her fault. I had no choice.”

The comments receiving the most backlash, however, stem from his remarks made about trans people. He jokes, “Any of you who have ever watched me know that I have never had a problem with transgender people. If you listen to what I’m saying, clearly, my problem has always been with white people.” He still, however, makes some questionable comments surrounding the trans community. 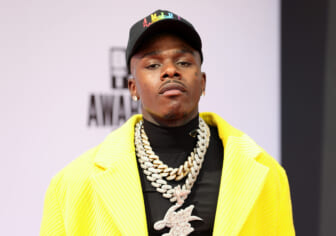 Chappelle defends Harry Potter author J.K. Rowling, who has a history of transphobic comments. Many trans activists have referred to her as a TERF (trans-exclusionary radical feminist), which she has taken offense to and written about at length. While defending her in the special, he says, “I’m team TERF!” He adds, “Gender is a fact. Every human being in this room, every human being on earth, had to pass through the legs of a woman to be on earth. That is a fact. Now, I am not saying that to say trans women aren’t women, I am just saying that those p–sies that they got… you know what I mean? I’m not saying it’s not p—y, but it’s ‘Beyond P—y’ or ‘Impossible P—y’. It tastes like p—y, but that’s not quite what it is, is it? That’s not blood. That’s beet juice.”

Chappelle also rememberers his late trans friend, Daphne Dorman, who loved his jokes. He reveals that he started a trust fund for Dorman’s daughter, and shares he won’t be making anymore LGBTQ jokes, “…until we are both sure that we are laughing together. I’m telling you, it’s done. I’m done talking about it. All I ask of your community, with all humility: Will you please stop punching down on my people.”

Read the full article on his comments at The Daily Beast.