Peete took to Twitter to contact the airline directly, which caught the eyes of other celebrities including MSNBC's Tiffany D. Cross

It looks like Air Canada has some explaining to do. Holly Robinson Peete has slammed Air Canada on Twitter after her sons were barred from their plane. 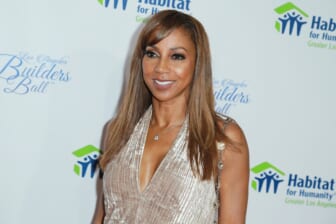 Robinson Peete took to Twitter on Monday night to let Air Canada know exactly how they dropped the ball. Tagging the airline directly, which has swiftly become the most efficient way to beat busy phone lines, Peete wrote to her followers, “Excuse me @AirCanada but you got some explaining to do! My sons have just been refused to get on the airplane and travel because they couldn’t produce our credit card that paid for the tickets. One of them is a minor and now they are stranded in the airport!!!”

She continued in the thread that she has enjoyed a great relationship with Air Canada for decades, writing, “I have been traveling back-and-forth to Canada on your airline for 35 years and have never been asked to swipe the actual card that paid for the tickets. Why were these two refused??”

She concluded on Monday, “The gate agent turned his back on them and refused to allow me to talk to him over the phone to try to explain that I paid for the tickets and I had the card. No more flights until first thing in the morning stuck at the airport.”

MSNBC‘s Tiffany D. Cross was one of many concerned people reaching out to Peete for updates on the situation. She responded to the host on Tuesday morning, writing, “Thanks sis. The boys had to stay overnight in the airport hotel at our expense. Airline saying this happens sometimes -that they were ‘flagged.’ In any case we rebooked them hoping they don’t make them produce a credit card again this morning. I am on set at work standing by.” 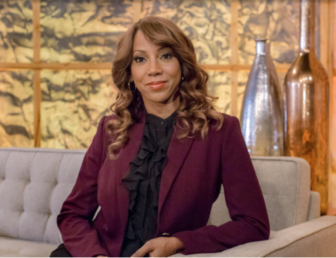 Also Read:
Holly Robinson Peete: Sharon Osbourne complained I was ‘too ghetto’ for ‘The Talk’

Peete is gearing up for the release of her latest Hallmark movie, which she has officially dedicated to her son 23-year-old son, Rodney Peete Jr. (RJ), who is on the autism spectrum, theGrio previously reported.

She shared in an Instagram post, “SOOOOO EXCITED about this new project #TheChristmasBond?! I’ve always wanted to make a Christmas movie about #autism.???.”

She continued, “I am dedicating this movie to my son RJ, and others with autism and their families. I am grateful to @hallmarkchannel for bringing this story to screen with authenticity, respect and hope.”

The Christmas Bond is set to premiere in late 2021 as part of Hallmark’s ‘Miracles of Christmas’ programming.