"I would never want to represent myself or the organization in a negative way," Courtney Williams of the Atlanta Dream stated.

WNBA player Courtney Williams apologized Monday for posting a since-deleted video of a fight she and another player were involved in earlier this year in Atlanta. 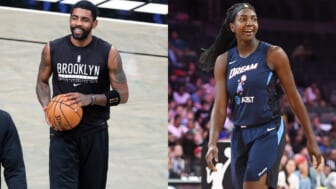 The footage shows the Atlanta Dream guard and teammate Crystal Bradford brawling with several others near a food truck outside a day club in the Atlanta area, TMZ reports. Former Dream player Kalani Brown is seen trying to break up the fight. The altercation occurred in May after the WNBA season started.

Williams reportedly filmed the 39-minute video and shared it on her YouTube page on Sunday. She joked about the incident and noted being outnumbered before deleting it off her page.

“I want to sincerely apologize for the video posted yesterday,” Williams tweeted Monday. “I would never want to represent myself or the organization in a negative way.”

“I’m learning everyday so I ask for grace as I’m growing. Again I apologize to all attached, and I will be better moving forward,” she continued.

One follower responded under the post, “In my opinion you were just speaking on an experience that actually happened to you now I understand that you being in the WNBA they don’t want you painted in a certain light but that doesn’t change the experience that you went through and what happened that night. video been out”

Another added, “Too late. There’s a lot of growing that needs to be done & maybe you’re not in the right position to accomplish that growth & maturity. No matter how good you are in the good things that you do you’ll always be remembered by the worst thing that you’ve done. Please prove me wrong.”

A third user commented, “Seriously. I am not sure what was done but do you not have some grace. I hope you are not remembered for the worse thing you ever did when all is said done and I pray to My God that his grace and mercy and my true heart is shining thru even when I make a mistake.”

One Twitter user advised Williams to “delete more of those YouTube videos that don’t paint you in a good light,” because “you’re more than a YouTuber…you have a career.”

The Dream released a response to Insider, saying, “The behavior in the video is unacceptable and does not align with our values as an organization.”

“We are taking this matter very seriously and working with the league to gather more information and determine next steps.” 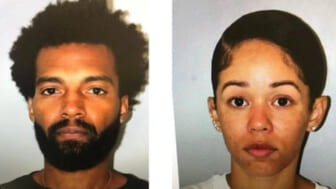 In related news, the WNBA became the first league in U.S. sports to reach the 99% vaccine milestone, according to the New York Times. The report notes that the success was due to a player-led campaign and not an official mandate.

Once vaccination rollouts for Spring 2021 were announced, WNBA commissioner Cathy Engelbert had a conversation with Terri Jackson, executive director of the player’s union, theGrio previously reported. The discussion revolved around how they’d educate the players on the importance of the vaccination in an effort to get the league up and running to some sense of normalcy.

“What I said to Cathy was, ‘You’ve got to let me do this,’ ” Jackson told SI. “We, PA staff, we knew we had to do this. We knew that it had to come purely from the players association, because we are the players, we report to them, and they trust us, period, the end.”

Meanwhile, the New York Times reports that more than 90% of N.B.A. players have been vaccinated, and all referees and key team personnel who do not have exemptions will also be vaccinated before the season’s start this year.