Many Haitian migrants who were camped in Del Rio have been released into the U.S. with notices to appear within 60 days before Border Patrol

According to a new report, the U.S. Immigration and Customs Enforcement has cut the frequency of deportation flights to Haiti to one day this week.

The Washington Post noted that the decline is due to reduced numbers of Haitian migrants trying to enter the country.

The Associated Press previously reported that U.S. immigration authorities had planned up to seven flights to the embattled Caribbean nation as of September 22, 2021.

Many of the Haitian migrants who were camped in the small Texas border town of Del Rio have been released into the U.S. with notices to appear within 60 days before Border Patrol. The report placed the number in the thousands, according to an anonymous official.

The figure, coupled with the fact that fewer migrants are attempting to enter the country, is part of the reason for reduced flights. 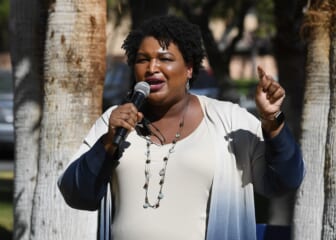 The Washington Post noted that the Department of Homeland Security said most of the 15,000 migrants who reached the camp in Del Rio were returned to Haiti or to Mexico.

DHS secretary Alejandro Mayorkas announced the closure of the Del Rio camp on Sept. 24. He also placed the number of migrants who crossed into the sector between Sept. 9 and Sept. 24 at closer to 30,000–noting that the figure included migrants of all nationalities.

“I will tell you that it is unprecedented for us to see that number of people arrive in one discrete point along the border in such a compacted period of time,” Mayorkas said last month.

The Biden Administration has been scrutinized for its treatment of the Haitian migrants. Photos and videos of migrants being corralled with horses and whipped with horse reins caused an outcry from many Americans. 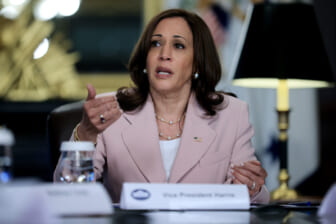 Sherrilyn Ifill of the NAACP Legal Defense Fund told theGrio, “The images we saw of Border Patrol agents on horseback menacing and corralling Black migrants like cattle raises for so many of us — especially for Black people — the most painful, hideous images of slave patrols from the most ugly periods of this nation’s past.”

“It is unconscionable, as are the mass deportations of desperate migrants back to Haiti — a country ravaged by a catastrophic earthquake this summer, and by the assassination of the country’s leader,” she added.

Haiti has suffered numerous natural disasters as well as the assassination of its president, Jovenel Moïse, on July 7, prompting a mass exodus of citizens seeking asylum.