OPINION: Without exaggeration, hyperbole or conflict of interest, On My Block is the best teen show in the history of teen shows. 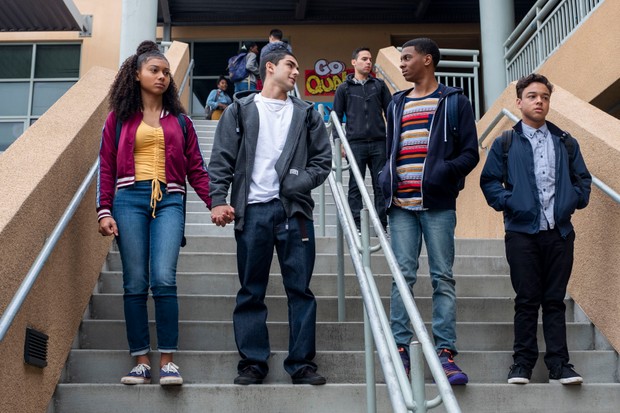 Scene from Netflix show “On My Block.” (Photo: Netflix)

It’s almost impossible to describe On My Block to anyone who hasn’t already a huge fan heading into the show’s final Netflix season that debuted on Oct. 5 but the description above from a group text amongst friends comes pretty-close.

Without exaggeration, hyperbole or conflict of interest, On My Block is the best teen show in the history of teen shows. You could stack up My So Called Life, Gossip Girl (old or new), Dawson’s Creek, the Hills, Riverdale, Sex Education, Never Have I Ever, Love Victor, even go old school like DeGrassi and Beverly Hills 90210 against any episode of On My Block and the Netflix comedy will still have more heart, more fun, more drama, more magic and better writing. 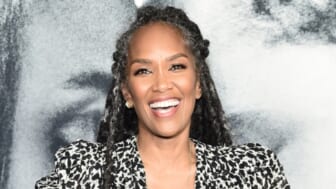 On top of all that, the best part about On My Block is that it’s actually about us. The millions of Black, Latino, biracial, working class, middle class, nerdy, sexy, confused, brilliant kids that inhibit most of America that never show up on a CW drama until it’s a ‘very special episode’ where cast of One Tree Hill plays that “urban” team in the state championship. If you’ve been riding with Monse, Cesar, Jamal, Ruby and irrepressible Jasmine for the entire run of the show, the fourth and final season will make you laugh, cry, and cheer goodbye to everyone.

If you’ve never seen the show, stop reading this review right now and start on season one! At 30 minutes a piece and 10 episodes a season it’s an easy binge, and you don’t want to pick up any of the slight spoilers below.

On My Block, Season 3 ended with a two-year time jump and cliffhanger where the quartet of friends had gone their separate ways. If you don’t have time to watch one of the dozens of season 3 recaps on Youtube, just check out the final montage of Season 3 to the ever-fantastic On My Block soundtrack and you’ll be ready to jump into the finale (seriously the music in the show is amazing and should fill your playlist for the fall).

Jamal (Brett Gray) had turned from lovable mystery loving, science goofball to the biggest player both on and off the field at Freeridge High School. Ruby (Jason Genao) and Jasmine (Jessica Marie Garcia) finally got together but Ruby’s ambitions and Jasmine’s bossiness are always a ticking time bomb. Monse (Sierra Capri) bonded with the newly found white side of her family and left Freeridge for a girls boarding school across the country seemingly forgetting about her besties and former first love Cesar (Diego Tinoco). With Monse gone, Cesar fully embraced his “Lil Spooky” role as leader of the Los Santos gang, even as his older brother Oscar “Spooky” (Julio Macias) had paved the way for both of them to get out.

There were a lot of dangling plot lines to handle coming back to season 4, not to mention the massive filming gap created by the COVID-19 pandemic and yet the writers use both the show’s time jump and the delay in filming to their advantage. Remember that time in high school you came back from summer vacation, looked across the cafeteria and saw someone impossibly beautiful in your 15-year-old mind and uttered “Who is that?” only to have your friend tell you “Uhm, that’s Andrea, you sat by her all last year in geometry.” How did she go from being the braces-wearing, acne-covered girl you dissected a frog with to this shimmering beauty ahead of you in the lunch line? 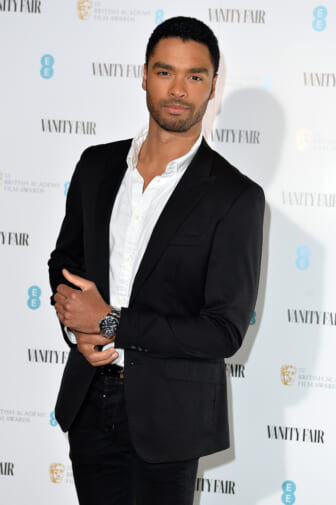 A lot changes in high school from year to year, and On My Block, season 4 uses that time away like your old summer vacation to remind us just how much has changed but also raise the stakes on what will bring the main cast back together.

The biggest strength of On My Block, and the root of its popularity has always been the show’s ability to let Black and Brown kids have the same crazy adventures, awkward sex, loving but confused parents, and real drama that has been almost exclusively shown with white kids, and season 4 holds to the previous seasons’ high standards.

The hilarious campaign for senior class president between estranged former besties Jamal and Ruby, with Jasmine playing the dirty tricks campaign manager is a hilarious opening arc, which is balanced by a more serious storyline about a power struggle in the Los Santos gang that threatens the entire cast’s lives while forcing them back into the mystery of the RollerWorld money that bonded them together in the first season. The tone of On My Block has you going from bent-over laughter to shedding thug tears from scene to scene, and even I have to admit that “Toxic Turner” may be the funniest campaign ad of the 2020 election cycle.

Speaking of Turner, if there was a stand-out performance this season amongst the overall amazing cast it was definitely Brett Gray’s nuanced transformation of Jamal Turner. I’ll admit upfront I’m biased; Jamal looks and acts just like my best friend in high school, Bill, who went from freshmen astronomy nerd who only played football to please his father to senior captain of the football team and being voted best personality in the year book. Their life arcs are so similar that I wonder if the writers of On My Block performed Inception on my high school dreams.

Also, as a Generation X Black man, the only Black boys I saw on television growing up who were actually written as Black boys and not extensions of white main characters were Steve Urkel on Family Matters and Dwayne Wayne on A Different World.

Watching Jamal go from goofball punchline within his own friend group, to big man on campus, then realize that he’d be happiest somewhere in between, is something that’s never been shown with a Black male teenager on television before, and likely explains why the show resonates so strongly with people my age and kids. It was Jamal’s love for puzzles and unshakable belief in the RollerWorld treasure that took the friends on their first adventure in season 1 and it was Jamal’s realization that he, Monse, Ruby and Cesar had to break up for him to find parts of himself he never knew before that really encapsulates this season.

Don’t worry though, season 4 writers have spread the love around for everyone from Abuelita and the kids’ parents to Spooky and former gang members get closure. This on top of changes for Cesar and Monse, a deeper peek into Jasmine’s family and some incredible moments with Ruby that harken back to the season 1 finale and remind you that while these kids bounce back from anything it doesn’t mean there aren’t scars, literally and figuratively.

Does everyone end up with a happy ending in the On My Block finale? Of course not. But you do get the feeling they’ll be OK. Whether you grew up On My Block, or grew up in the suburbs like me but have met the adult versions of Ruby, Monse, and even Cesar, your investment in the characters of this show pays off this season.

If you’re wondering what the future holds when the credits role, just be happy that the writers of On My Block are creating a spin-off series called “Freeridge” that should debut next year. So even if we’re not coming back to the old block, we’ll still be able to see the neighborhood.