‘Hollywood Confidential’ to honor The Clark Sisters with TV special

Commentators on the group's career will include Faith Evans, Jermaine Dupri and Ledisi.

Gospel music has been the backbone for most, if not all, forms of Black American music for centuries. It’s influence is evident in blues, R&B, funk, jazz and hip-hop. Few gospel artists have been as particularly influential and innovative as The Clark Sisters. 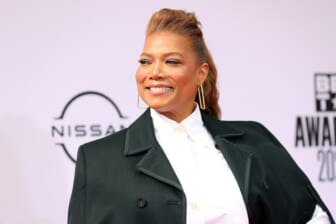 Starting out as a quintet, siblings Denise, Dorinda, Elbenita, Jackie and Karen have been spreading the Gospel since the 1960s. Thanks to the progressive songwriting of Elbernita, nicknamed “Twinkie,” the Clark Sisters helped modernize the genre thanks to songs like “Is My Living In Vain,” “You Brought The Sunshine,” and “Blessed and Highly Favored.”

This Sunday, Fox Soul is airing a special that chronicles the career and legacy of the Clark Sisters with Hollywood Confidential Salutes The Clark Sisters Special. During the special, luminaries from several genres, including Jermaine Dupri, Faith Evans, Ledisi, SWV, Mary Mary, and Donald Lawrence, all give testimonials on what the Clark Sisters mean to them.

Filmed in their native Detroit, this special features the group, now a quartet, in an exclusive interview to discuss faith, family and forgiveness throughout their decades-long career. In addition, the group will make an exclusive announcement involving former member, sister Denise Clark-Bradford.

Clark-Bradford hasn’t performed with her sisters since the 1980s, and their relationship has been strained since then. However, Karen Clark Sheard acknowledged the importance of her sister, hinting at a potential reunion with the group, as seen in this exclusive preview clip above:

Although they have continued to tour, the Clark Sisters experienced a renewed degree of attention thanks to their 2020 Lifetime Network biopic, The Clark Sisters: First Ladies of Gospel. The film was a hit, netting 2.7 viewers during its premiere, the highest rated original movie for Lifetime since 2016, as reported by Deadline.

Starring two-time Emmy-nominee Aunjanue Ellis as the Clark Sisters’ mother, Mattie Moss Clark, the film was directed by Christine Swanson. Ellis will also be on hand to speak during the special. 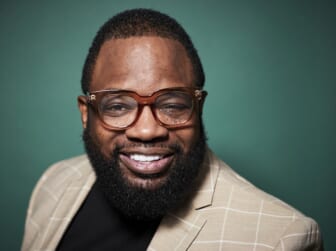