Latosha Clemons, deputy fire chief in Boynton Beach, Fla., aims “to redress the defamatory statement made regarding her race" in the mural's depiction of her face.

Boynton Beach, Fla.’s Deputy Fire Chief Latosha Clemons is suing the city after she was depicted on a public art mural as white.

In her complaint, Clemons alleges that she approved the use of a proposed picture when the City Art Commission authorized the mural in 2019. “Come June 3, 2020, when the mural was unveiled, it did not reflect Clemons as the Black member of the city fire department. Instead, it was altered and reflected her as a White member of the city Fire Department,” according to CNN.

Clemons recently amended her complaint “to redress the defamatory statement [the City of Boynton Beach] made regarding her race and/or its negligence in failing to properly oversee an approved use of the likeness of Clemons.” 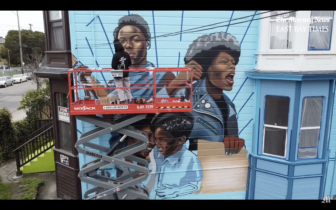 The city’s first Black female firefighter, Clemons has served the department in various roles for 26 years. Being depicted as White was not only a false presentation of Clemons, it was also a depiction which completely disrespected all that [she] the first female Black firefighter for the city had accomplished,” the complaint reads.

Clemons told the news outlet that she is “still baffled by this entire experience.”

“I’m having difficulty sleeping,” she said. “All involved in making the decision to change that art should be held accountable. This can’t be swept under the rug.”

In an email to CNN, LaVerriere said that the city commission will meet in a closed-door session to discuss the litigation.

Clemons is seeking damages of more than $30,000, and has requested a trial by jury should an upcoming mediation not result in a settlement.