From Ava DuVernay's "Home Sweet Home" to Sanaa Lathan joining the cast of "Succession", there is plenty to keep you entertained this fall.

From addictive new docuseries to nail-biting dramas, streaming services are showing up and showing out this fall. While deciding what to watch can be time-consuming, have no fear! theGrio has you covered with five new shows and movies to help you usher in the new season this weekend. 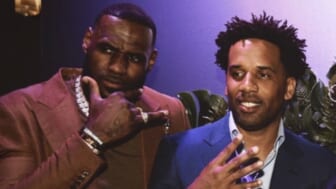 Just in time for the spooky season, Amazon Prime has dropped an original film vampire fans are sure to devour. Black As Night, a horror-thriller film from Blumhouse Productions, follows Shawna (played by Asjha Cooper), a “resourceful teenage girl.” After being attacked by a vampire in her hometown of New Orleans, Shawna and her friends spend their summer battling the terrifying blood suckers.

Perfect for the entire family, the Muppets are back on Disney Plus, this time with a Halloween special sure to get you in the holiday spirit. Based on the famous Disney World ride, The Haunted Mansion, the special follows everyone’s favorite muppets in the ghostly mansion, with plenty of special (and spooky) appearances. Yvette Nicole Brown and Taraji P. Henson join Kermit, Miss Piggy, and the rest of the Muppets gang as they try to make it through one haunted night.

One of the biggest shows on TV, Succession, is officially back after almost two years. The Emmy winning HBO drama follows the vicious and disgustingly rich Roy family in New York City, as they all fight for control of Waystar RoyCo, the family’s global media and entertainment conglomerate. Joining the addictive series this season is Sanaa Lathan as Lisa Arthur who is a “high profile well-connected New York lawyer.”

Lathan opened up about joining the series to Elle Magazine earlier this year. She explained to the outlet, “I binge-watched Succession when I got the offer and was blown away by the writing and the acting. It was the same once I got to the set. These actors are just top-notch, and I enjoyed being a part of the cast and working with great writing.” 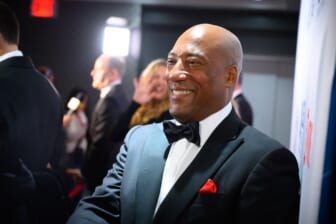 Described as a love-letter from Ludacris to his daughter, the children’s animated series Karma’s World is a perfect binge for the kids. With Ludacris on board as executive producer and voicing Karma’s dad, the series follows, “a young girl as she starts middle school and learns to stay true to herself through her music.”

Opening up to Entertainment Weekly about the series, Ludacris told the outlet that his dream voice star on the series would be his daughter Karma. “My own daughter Karma,” he explained. “Because she’s so busy with school she hasn’t voiced any of the characters, and it would actually be dope to at least get Karma to do a guest appearance. That would be amazing. She has grown up to be the absolute best human being on Earth, and I couldn’t be more proud.”

Ava DuVernay, the mind behind acclaimed series like When They See Us and Queen Sugar, has brought an unscripted “experiment” to NBC, theGrio previously reported. Home Sweet Home essentially swaps two different families, diving into, “the fierce curiosity and sense of adventure it takes to walk a mile in another person’s shoes,” per the official series description.

In an official statement along with the series announcement, DuVernay explained, “The idea for ‘Home Sweet Home’ came to me during the strange and important times we’re all experiencing. The premise is that we are farther apart than ever, yet bound by what we have in common – concerns with health, safety, justice and community.”