News broke early Monday that Powell had passed away from COVID-19 complications, instantly causing his name to trend on Twitter.

A statement shared to his verified Facebook page reads: “General Colin L. Powell, former U.S. Secretary of State and Chairman of the Joint Chiefs of Staff, passed away this morning due to complications from Covid 19. He was fully vaccinated.”

“We want to thank the medical staff at Walter Reed National Medical Center for their caring treatment. We have lost a remarkable and loving husband, father, grandfather, and a great American.” The message is signed “The Powell Family.”

Powell had multiple myeloma, according to NBC News. It is a type of blood cancer that hurts the body’s ability to fight infections. And in 2003, The New York Times reported that then-Secretary of State Powell had surgery to treat prostate cancer, which was detected in its early stages.

Powell was a retired four-star general, politician and diplomat who began his career in the United States Army in 1958.

“It was only once I was in college, about six months into college, when I found something that I liked, and that was ROTC, Reserve Officer Training Corps, in the military. And I not only liked it, but I was pretty good at it,” he told The Academy of Achievement in a 1998 interview. “That’s what you really have to look for in life, something that you like, and something that you think you’re pretty good at. And if you can put those two things together, then you’re on the right track, and just drive on.”

Powell served in the Vietnam War as an adviser from 1962 to 1963, and returned to the region five years later as a major. After the war, Powell was a White House Fellow under President Richard Nixon, beginning his long tenure as a valued adviser to several Republican presidents.

He also served as national security advisor under President Ronald Reagan from 1987 to 1989. Powell was then elevated to four-star general under President George H.W. Bush in 1989, and later that same year, Bush selected him as the chairman of the Joint Chiefs of Staff.

A Republican who was respected on both sides of the political aisle, Powell was seen as a potential presidential candidate against Democrat Bill Clinton in 1996, and while he declined the nomination, he won the New Hampshire vice-presidential primary with write-in votes. He was again floated as a potential candidate in the 2000 election, and even won three electoral college votes in 2016. 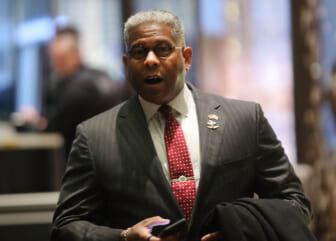 President George W. Bush nominated Powell for Secretary of State in 2000, and he was unanimously confirmed by the Senate. He held the role from January 2001 to January 2005, and was influential in guiding diplomacy in the wake of the 9/11 attacks.

Powell played a role in the invasion of Iraq, addressing the United Nations Security Council in Feb. 2003 to argue for the support of a multi-national coalition to remove Saddam Hussein.

During his speech, Powell presented intelligence that claimed Iraq had weapons of mass destruction and planned to produce more. Much of the intelligence turned out to be incorrect. Powell would later call the United Nations speech, which laid out the Bush administration’s rationale for war in Iraq, a “blot” on his distinguished record.

In June of 2020, Powell spoke out against then-President Donald Trump, calling him a “liar,” denouncing the Republican Party and vowing to vote for Joe Biden. “I’m just a citizen who has voted Republican, voted Democrat throughout my entire career. And right now I’m just watching my country and not concerned with parties,” Powell said earlier this year. 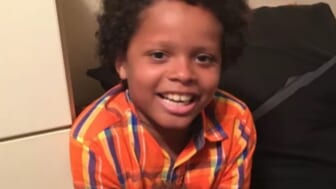 Former president George W. Bush and his wife issued the following statement: “Laura and I are deeply saddened by the death of Colin Powell. He was a great public servant, starting with his time as a soldier during Vietnam. Many Presidents relied on General Powell’s counsel and experience. He was National Security Adviser under President Reagan, Chairman of the Joint Chiefs of Staff under my father and President Clinton, and Secretary of State during my Administration. He was such a favorite of Presidents that he earned the Presidential Medal of Freedom – twice. He was highly respected at home and abroad.  And most important, Colin was a family man and a friend. Laura and I send Alma and their children our sincere condolences as they remember the life of a great man.”

After his political service, Powell was a regular public speaker, an author, and served on the board of directors of Revolution Health and the Council on Foreign Relations.

Powell was the founder of America’s Promise Alliance, the nation’s largest cross-sector alliance of nonprofit community organizations, businesses and government organizations dedicated to improving the lives of young people.