Love and Hip Hop: Miami star Amara La Negra has shared the sad news that she suffered a miscarriage over the summer.

The singer took to Instagram on Tuesday to update her fans about her pregnancy status after announcing she was expecting her first child on an episode of LHHMiami. In her post, La Negra said she wanted to be “open” and “honest” because her life is “an open book,” she wrote, noting that many women and families “can relate to my pain.” 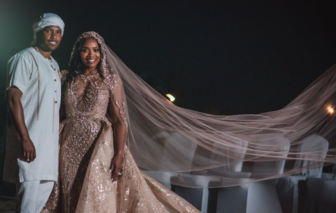 “Back on July I Found out I was pregnant. I didn’t even know or suspected being pregnant because I took all the Measures to prevent it,” she wrote, adding, “however 2 weeks after missing my period I started bleeding, having really bad cramps!”

La Negra said she suffered blot clots and figured it was fibroids “in my ovaries acting up.”

Sadly, as it turned out, “I was having a miscarriage,” she wrote.

“I cried for days cause I really did want to have that baby! I’m not getting any younger and Iv always been afraid of waiting too long til it’s too late,” La Negra added.

“I had so many dreams and hope that just Bled out of me. My motherly and nurturing instincts kicked it but it was too late. I’m just as human as the rest of you,” she continued.

When La Negra first told her mother about her pregnancy, she was not too thrilled about it, as fans witnessed on Love and Hip Hop: Miami. At the time, La Negra was on the outs with boyfriend Allan Mueses, who appears in the latest season of the hit VH1 series.

Originally from the Dominican Republic, Mueses is reportedly a realtor and CEO of his investing service company, SolucionesAllan, according to Reality Titbit. He has two daughters that he often shares photos of on his Instagram page. Prior to his Love and Hip Hop debut, La Negra teased about her pregnancy during a July interview with EUR Spotlight and radio & TV personality Jazmyn Summers. She gushed that she was in love with a proud Afro-Dominican who, like her, is a real estate investor.

“Let me give you this tea. I have a new love interest this season and maybe the family is going to start growing,” she shared at the time.

“I was doing investments in the Dominican Republic and I got into getting a different kind of bag. Don’t just be a hot girl and have a hot girl summer, but be able to enjoy that hot girl summer 10 years from now. I have nine properties I rent out.  He’s a realtor, an investor and he was doing the same thing.  So now I got another Dominican, another Afro-Latino in the house,” La Negra explained. 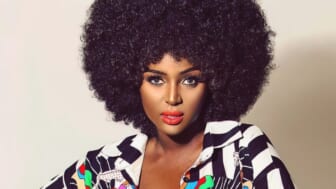 La Negra’s fans and celebrity pals reacted to her Instagram post about her miscarriage, with rapper Kash Doll commenting: “One thing about God he gone come through!!! Divine order.”

Model Valeria Orsini added, “I’m so sorry beautiful, your so brave ❤️ it happens a lot and most women won’t talk about it.”

Several women shared their own miscarriage experience under Le Negra’s post. One IG user wrote, “Our rainbow babies give us strength…when the timing is right God will provide queen?? we all stick together for October is pregnancy loss awareness month.. prayers to you love.”

Another added, “Definitely been there. But don’t worry! I had multiple miscarriages/ other complications and know I’m currently 7 months pregnant at 35. God has the final say!! Stay strong trust him.”