President Joe Biden signed the order on Oct. 19, reaffirming a commitment he made on the campaign trail before taking office. 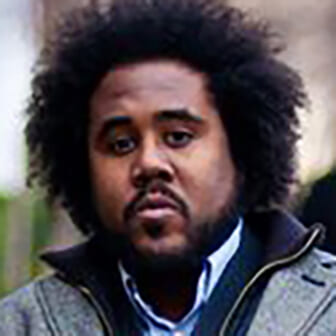 President Joe Biden made clear appeals to Black voters during his 2020 presidential campaign and decisively gained crucial support from that bloc. Now as president, Biden is tasked with following up on his pledges to Black Americans that he would be a leader who fights against racism and works to address racial inequities.

Earlier this week, the Biden-Harris administration pushed forward with a bold initiative aimed at addressing the educational and economic gaps that have plagued Black Americans for centuries by way of an expansive executive order.

The Executive Order on White House Initiative on Advancing Educational Equity, Excellence, and Economic Opportunity for Black Americans builds upon the dual efforts of President Biden and Vice President Kamala Harris to center those who have long been frozen out of socioeconomic opportunities or simply ignored.

A deeper examination of the new initiative shows that it mirrors many of the talking points that the Biden-Harris administration has put into focus from day one.

The racial achievement gap in the United States has repeatedly revealed that Black students fare far worse than their white counterparts, starting early as pre-school. The initiative will push ahead with combing through the data and looking deeper to close the racial achievement gap in order to bring all Black students, even those who are performing well despite lack of adequate access, to the peak of success.

One of the tenets of American society is that education, which not only includes grade school, but also community colleges, HBCUs, and vocational and trade programs, is often a gateway for success. If the foundation is made strong from the onset, the number of Black students thriving will improve over time.

As the education gap closes, economists at all levels project that a variety of job options will open for Black students heading into the workforce. The initiative will also provide programs that will bolster the prospective lanes for jobs, entrepreneurship, internships, lessons from business leaders, and other pathways for ensuring economic balance.

The initiative will also address the historically imbalanced wage gaps and addressing racial discrimination in the employment sector. There will also be plans in growing apprenticeship programs and the like and putting greater emphasis on supporting and guiding the careers of young workers.

The initiative adds to several sweeping political changes that have benefited Black Americans including:

The Biden-Harris administration has pushed government agencies to promote relevant funds to expand government contracts among Black-owned businesses by 50 percent.

Cash assistance by way of the ARP, much of which will eliminate Black child poverty by 50 percent and already has come close to the goal

The initiative’s finer points and how it connects with the ARP can be viewed by way of the fact sheet for the executive order here.

The executive order can be read in full here.