Mass. school rescinds invitation for Nikole Hannah-Jones to speak due to ‘noise’

Hannah-Jones described Middlesex School's move as "clearly the result of the hysteria and successful propaganda campaign."

Pulitzer Prize winner Nikole Hannah-Jones was invited to speak at a Massachusetts school for their upcoming 2022 Black History Month celebrations. However, the invitation was rescinded.

The acclaimed journalist, on Twitter this week, shared the behind-the-scenes upheaval that led to Middlesex School taking back their invitation to appear at its Concord campus in February. She’d been approached by Middlesex alumni, and was looking forward to the event, but she was recently disinvited from speaking at the prestigious school.

“Some months ago, a dear friend asked me for a favor. Her former boarding school, Middlesex, wanted me to come speak as part of BHM. Speaking at this type of school is not something I typically do, but she’s my friend. I said yes. I just learned the Pres & board canceled my talk,” Hannah-Jones wrote Monday in a now-viral Twitter thread.

She added that “noise” was the reason being given.

“According to my head of school and board, the ‘noise’ associated with having Nikole as the speaker would take away from the overall experience,” she tweeted, sharing an email exchange from a person at Middlesex. “I then suggested that Nikole be a featured speaker for our BIPOC alumni and was told ‘this is not the right thing for our community.’”

Hannah-Jones has become a lightning rod for conservatives who have taken issue with her award-winning 1619 Project, which examined slavery in the United States and its still-lingering impact on the country. The controversy rippled when she was denied tenure on the faculty of the University of North Carolina at Chapel Hill, theGrio previously reported. The university reversed course, but Hannah-Jones instead decided to accept a position at Howard University, where she earned her master’s degree. There, Hannah-Jones is the inaugural Knight Chair in Race and Journalism.

She remarked in her Twitter thread that still having a platform despite attempts to discredit her is why she didn’t feel canceled. Nonetheless, she wanted the bad faith actors to be held accountable.

“This is clearly the result of the hysteria and successful propaganda campaign that has pretended elite white schools trying to deal with the legacy of racism are stoking the new Salem Witch trials and must be exposed. The campaign has been successful here,” Hannah-Jones tweeted. “They were likely afraid that by having me — a NYT journalist & college professor — there, they’d invite backlash & another of the ”woke’ people are ruining America’ stories.” 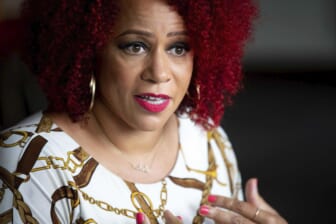 She also told The Boston Globe: “It’s pretty clear that we are in a moment where schools are facing intense pressure not to invite speakers that are considered to be focusing too much on race and racism and the Black experience in American history.”

Conservative columnist Bret Stephens, who also works for The New York Times, graduated from Middlesex School in 1991, and now sits on the board. He denied that he played any part in having his colleague’s invitation rescinded.

“I had no knowledge that an invitation had been extended to Nikole. I had nothing to do with the decision not to bring her to the school,” Stephens said. “The first I heard about it was when someone sent me her tweet … I don’t believe in canceling speakers.”

David Beare, the head of school at Middlesex, issued a statement to The Globe about the cancellation on Tuesday. He stressed the “the utmost respect for Nikole Hannah-Jones” and her contributions to journalism and fostering conversations about race.

“While we are confident that her insights would have been valued by our students, we were concerned that individuals from outside our community might inadvertently distract from the insights and perspective that she intended to share,” said Beare. “We apologize that we did not reach out in a more formal way to express our appreciation for her professional achievements and contributions to the field and discuss the situation with her.”

Have you subscribed to theGrio podcasts ‘Dear Culture?” or “Acting Up?” Download our newest episodes now!
TheGrio is now on Apple TV, Amazon Fire and Roku. Download theGrio today!