A new book covering the "inside story" of the "Real Housewives" is causing shockwaves in the reality TV world.

From the release of a bombshell book spilling all of the Real Housewives juiciest secrets, to the current state of Eboni K. Williams’ relationship with her Real Housewives of New York castmates, theGrio is bringing you the five biggest reality TV stories from this week with our Reality Roundup. 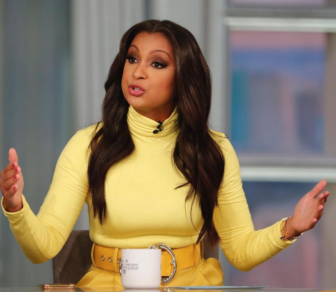 After going without a reunion for the first time in the show’s history, many Real Housewives of New York fans are left wondering the state of the cast, especially after Williams’ stand-out addition as the first Black real housewife of the franchise.

At the premiere party for the new Real Housewives book, Not All Diamonds and Rosé: The Inside Story of The Real Housewives from the People Who Lived It by Dave Quinn, Williams and the rest of her castmates were in attendance but not together.

According to a source from Page Six, other women in the cast (Ramona Singer, Luann de Lesseps, and Leah McSweeney) “had a pact [that] as soon as Eboni showed up, they would leave…when Eboni entered from the right, they all were on the left and exited.”

According to Williams, however, she still has plenty of love for her castmates, especially McSweeney.

While admitting she hasn’t “seen much” of McSweeney as of late, she told Entertainment Tonight‘s Brice Sander on Tuesday night, “I look forward to talking to my friend, Leah, tonight, though. I mean, there’s never love lost between me and Leah. We just, we used to talk two or three times a day, and I think that… you know how friendships are. They ebb and they flow. It’s nothing controversial. It’s more circumstantial.”

The Real Housewives of Potomac star Candiace Dillard Bassett does’t hold back on her true feelings about her big boss Andy Cohen in Not All Diamonds.

Bassett reveals in the book she was disappointed when Cohen did not reach out to her after her much-discussed altercation with former cast member Monique Samuels.

She shares in the book, “I even reached out to Andy’s assistant and asked for him to call me. Nothing. That’s f**ked up. I know he has well over a hundred Housewives, all texting and calling him all the time. But how many of them were physically attacked on camera by their costar? The fact that he couldn’t even schedule ten minutes to reach out to me? You don’t give a f—,” theJasmineBRAND reports.

Bassett joked about being “upset” with Cohen when speaking to E! News at the book party. She told the outlet, “Apparently I was upset with my boss Andy Cohen about some things, and I expressed my disappointment with him in the book.”

She added, “I remember him doing an interview and saying, ‘There were housewives in the book and they were trashing me,’ I was like, ‘That’s not nice!’ Meanwhile, I’m one of them who was talking!” 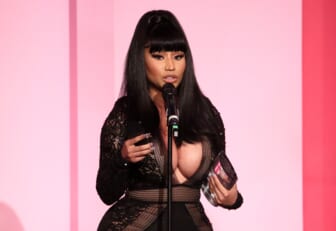 Also Read:
Four reasons Nicki Minaj should have sat out of the ‘RHOP’ reunion

The book also sheds light on some major moments in the housewives’ past, including an intense reunion with Kim Zolciak-Biermann, her husband Kroy Biermann and Cohen. Fans may remember The Real Housewives of Atlanta season 10 reunion, during which Zolciak-Biermann and Nene Leakes had an intense exchange a decade in the making involving scooters, handicapped stickers, and more.

Cohen alleged that “the only time during the whole run where” he thought he was going to “get punched” was when Kroy confronted him in the bathroom off camera. While the men were able to keep things from getting physical, Cohen reveals he found out later that Kroy had a gun that day, but production told him to leave it in the car.

Kandi Burruss opens up about motherhood

Burruss bared it all in a recent appearance on PEOPLE Magazine‘s podcast Me Becoming Mom, opening up about motherhood and some critiques she received after revealing she had her youngest child, Blaze, via surrogate.

While revealing how some people reacted “negatively” to this, she explained, “It really hurt my feelings. I don’t like really talking about it because it makes me emotional. I don’t think she was trying to hurt my feelings. But when she saw it, or heard that I was doing it, she was just like, ‘Aren’t you afraid that you’re not gonna bond with your baby?’”

The “she” in question remains anonymous as Burruss does not want to reveal her name. But the reality star insists that no matter how they may come into this world, a mother’s bond with their child is unbreakable.

“She’s older, so I guess her initial thinking is like just because somebody doesn’t physically have their baby that they won’t be able to have that same bond as a mother who physically pushed the baby out…and I can tell you for sure, if you ever had a doubt in your mind, that is not true.”