U.N. diplomats have raised the issue of security in Mali

A U.N. Security Council mission that is visiting Mali this weekend to assess the security situation is urging the country’s authorities to set elections for February to meet agreements reached with a West African regional bloc after a coup last year.

The mission led by Kenya’s ambassador to the U.N., Martin Kimani, met with civil society organizations, groups that have signed a peace agreement, Mali’s prime minister and transitional president Col. Assimi Goita during their weekend visit.

“I was struck by the thirst for reform (both political and institutional) that is desired by most of the Malian population,” Kimani Sunday said at a news conference. “We are now waiting for the end of the transition period which should lead to the organization of elections.”

However, Malian authorities have said after the meetings with the U.N. Security Council mission, they want to organize days of consultations in December amongst Malian groups to determine a path toward elections.

“The Malian authorities have spoken to us about these meetings as a prerequisite for the elections. These meetings will take place in December,” said Abdou Abarry, Niger’s ambassador to the U.N. who was a part of the delegation. “We are not opposed to it, but only insist it does not delay the end of the transition and give Malians the opportunity to choose their leaders.”

Goita seized power in August 2020 by overthrowing Mali’s democratically elected president Ibrahim Boubacar Keita, who had only served two years of his five-year term after being reelected in 2018. Goita eventually agreed to a transitional government led by a civilian president, but ousted those leaders in May after they announced a Cabinet reshuffle that sidelined two junta supporters without consulting him.

Goita was then sworn in as president of the transitional government in June. He has pledged to keep the country on track to return to civilian rule with an election in February 2022. 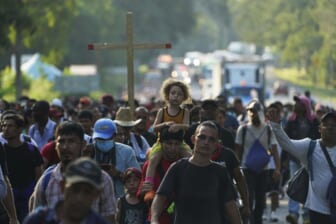 The U.N. diplomats also raised the issue of security in Mali. The peacekeeping mission in Mali remains the deadliest of all the U.N. missions since 2013.

“The Malian authorities have insisted that they are putting much emphasis on security challenges, and MINUSMA (the U.N. mission in Mali) is ready to help them, especially in Central Mali where there is the highest threat of terrorism,” said Nicolas de Rivière, France’s ambassador to the U.N.

Mali has been fighting growing insecurity since 2012, when al-Qaida-linked groups took over parts of the north. Despite a French-led military operation that forced many rebels from their northern strongholds in 2013, insurgents quickly regrouped and have been advancing year after year toward the south of the country, where the Malian capital is located. They also launch frequent attacks on the Malian army and its allies.