Meghan Markle is the target of a coordinated social media hate campaign against her, according to a new analysis.

Bot Sentinel, a nonpartisan platform designed to find bots and trolls, conducted an analysis of more than 114,000 tweets about the Duke and Duchess of Sussex. The data revealed that Markle in particular was subject to vitriolic and abusive messages. 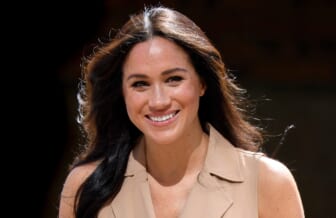 According to the report, 83 accounts were responsible for hateful content directed at Markle and her husband Prince Harry. They accounted for 70% of the disinformation, falsehoods, and harassment directed at the couple. The campaign had a reach of 17 million users.

Christopher Bouzy, founder and CEO of Bot Sentinel, told BuzzFeed in an interview published Tuesday that there was no apparent rhyme or reason for the hostile focus on the royal couple.

“There’s no motive,” he said. “Are these people who hate her? Is it racism? Are they trying to hurt [Harry and Meghan’s] credibility? Your guess is as good as ours.”

Prince Harry and Meghan stepped down as senior royals from the British royal family last year, but the frenzied online activity around them has continued. The couple cited harassment from the British media and social media at the time of their departure.

Meghan admitted to Fortune last year that she hadn’t been on social media “for [her] own self-preservation.”

Twitter’s code of conduct explicitly forbids content “that harasses or intimidates, or is otherwise intended to shame or degrade others” and coordination. Bouzy told Buzzfeed that these users targeting Meghan and Harry were savvy at avoiding being caught. 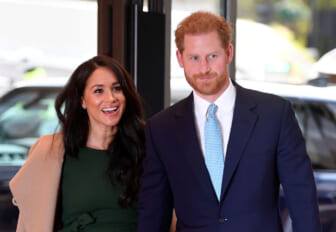 He made a distinction between free speech to criticize the high-profile couple and crossing that line.

“There’s a difference between free speech and literally harassing someone,” Bouzy said.

One user by the account of @duchofnarsussex tried to recruit others to “end the House of Monte-Shite-SO.” The Duke and Duchess have settled into Montecito, California with their children Archie, 2, and Lilibet Diana, who was born in June. The user claimed to Buzzfeed that their tweets were “for fun” and “these things are being taken as literal and they are nothing more than jokes.”

Bouzy said the intent was more malicious than mere fun.

“These primary and secondary accounts are pushing [hate and disinformation] out, and then it’s being taken over by organic hate,” Bouzy said. “You have the ringleaders, then the secondary accounts, and then an outside network that also amplifies and pushes a certain narrative.”

Bouzy also found himself targeted when he sent a positive message about Meghan. The trolls sent him racist messages and mocked his mother who died earlier this year.

Bouzy told Inside Edition that some of these accounts sent out between 300-400 tweets solely about Meghan and Harry.

“And we found quite a few accounts like this. So that’s one of the signs we look for when we’re looking for coordinated activity where we’re looking at people that are part of a smear campaign.”

He added that it was difficult for Twitter to intervene because of the frequency and successful skirting of the rules.

“It’s much harder for Twitter to stop this because it does not look on the face of it as coordination,” he said. “[They] swarm at the same time, and they flood the tweets with just some of the most horrific stuff.”

A representative for Twitter told BuzzFeed that they were aware of accounts specifically named as abusive toward Meghan and Harry and are “actively investigating the information and accounts referenced in this report — we will take action on accounts that violate the Twitter Rules.”