According to local media, Reed is in a statistical tie with City Council President Felicia Moore in next month's race for mayor.

The national leadership of the NAACP issued a rare admonition to the organization’s Atlanta chapter concerning its repudiation of former Atlanta mayor and current mayoral candidate Kasim Reed.

“By issuing a public partisan statement opposing Mr. Reed’s candidacy and by essentially endorsing other candidates, you clearly violated Article II, Section 2 of the Bylaws for Units of the NAACP,” officials contended. “You are engaging in conduct inimical to the best interest of the Association. Your conduct is not in accord with the NAACP’s principles, aims and purposes.”

The national NAACP warned that it would suspend or expel Rose if he failed to retract his statements against Reed, demanding the Atlanta chapter cease and desist from endorsing political candidates or political parties.

According to The Atlanta Journal-Constitution, the letter was sent from Janette McCarthy Wallace, the NAACP’s general counsel.

“Atlanta can and must do better than elect Kasim Reed again,” Rose’s statement said. “Thirteen other candidates are running, some with proven leadership ability and political experience and none with a record of administrative corruption. Please educate yourself on their records. Let’s choose wisely.” 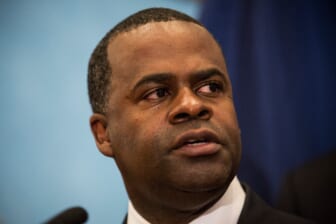 Reed served as mayor of Atlanta from 2010 to 2018. While the city’s charter limited the former state representative to those two terms, Reed is eligible to run again and be reelected after current mayor Keisha Lance Bottoms leaves office. Earlier this year, Lance Bottoms announced that she would not run again.

Through a spokesperson, Reed issued his own opinion on Rose’s statements about him, writing, “It is unfortunate that a leader of a local chapter is allowing this historic organization to be used by dark money interests. We have spoken to the national leadership of the NAACP and will await their guidance regarding this deeply disturbing matter.”

After the national NAACP’s condemnation of the Atlanta branch’s claims, Reed said he was grateful for their action, adding that he believed that his campaign was being attacked “because we sought and received the support of the women and men of the Atlanta Police Department at a time when crime and violence is devastating our city.”

In his statement, Reed noted: “Mayor Kasim Reed is a lifetime member of the NAACP and is committed to the mission and work of this path-breaking organization.”

According to The AJC, Reed is in a statistical tie with City Council President Felicia Moore for mayor in Atlanta’s general election next month. The poll commissioned by The AJC also shows that nearly 41% of likely voters are still undecided.