The on-duty firefighters reportedly drove an in-service truck to a New York senator’s office, threatening staff that they’d have "blood on their hands" once the mandate took effect

FDNY Ladder 113 is down six members after suspending a group of on-duty firefighters who allegedly protested New York City’s vaccine mandate by driving an in-service truck to a state senator’s office and threatening his staff.

Per the mandate, all city workers who didn’t get at least one shot before Friday at 5 p.m. will be sent on unpaid leave, effective Monday.

NBC New York News 4 reported the group of firefighters arrived at State Senator Zellnor Myrie‘s Brooklyn office on Friday, asking his staff to disclose his home address and warning them of “blood on their hands” to come after the mandatory unpaid leave period begins on Monday. 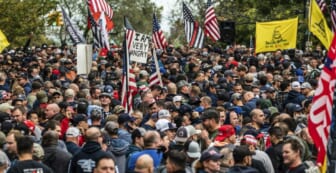 “I am outraged. One that on duty officers who were supposed to be focused on keeping us safe and responding to emergencies would attempt to use their uniforms and their fire truck to intimidate my staff. And secondly, it is disturbing that they would approach a state elected official for a city mandate and would I think offer veiled threats about my own safety by asking where I live personally,” the state senator said.

Protesting firefighters were also accused of vowing to staff that they would ignore any future reports of house fires at Myrie’s residence, per News 4.

FDNY Commissioner Daniel Nigro told News 4 on Friday that the accused firefighters were “immediately relieved of duty and will face disciplinary action.”

“This is a highly inappropriate act by on duty members of this Department who should only be concerned with responding to emergencies and helping New Yorkers and not harassing an elected official and his staff,” Nigro said.

This was reportedly neither the first nor the largest demonstration by city workers in protest of the mandate — thousands, including some current and former FDNY members, marched across the Brooklyn Bridge on Monday, CBS New York 2 reported. 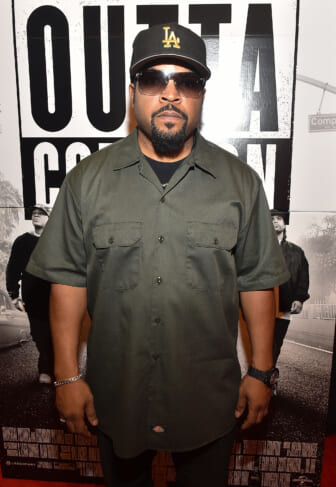 “This is not ‘following the science;’ this is like totalitarianism,” retired FDNY Lt. James Finnegan told CBS2’s John Dias during the “March for Choice,” adding that he felt “betrayed” by Mayor Bill de Blasio.

“Really, what they’re doing is forcing their will on people at this point, and that’s what I’m against,” he said. “I don’t really have a problem with people taking the vaccine, if that’s what they want to do.”

Retired FDNY fire marshal Fred Heffel was among many at the rally who echoed Finnegan’s sentiment.

“You want to be vaccinated? Be my guest. I don’t care. Just don’t tell me what I have to do,” Heffel told CBS2’s Jenna DeAngelis.

According to CBS2, FDNY was ready to let as many as 3,500 members go who had still not gotten vaccinated by Friday’s deadline.

The loss of staff threatened to close up to 20% of the city’s fire companies, impacting the department’s ambulance fleet, a high-ranking FDNY source told CBS2.

Nigro said the “excessive sick leave” by firefighters is “unacceptable, contrary to their oaths to serve & may endanger the lives of New Yorkers,” adding that the department will “continue to respond to all calls for help” the receive despite the current understaffing.