A Nassau County School District official said no disciplinary action will be taken against two white students shown using the n-word, one of whom while wearing a white hood, in a leaked video.

News 4 Jax reported Thursday that a statement from Nassau County School District Assistant Superintendent Mark Durham dismissed the video as a “joke amongst friends” that was not meant to be publicized. 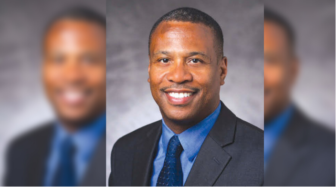 Also Read:
Black diversity specialist fired by Texas hospital for being ‘too sensitive about race issues’

“The video was not meant to be shared outside of a small group of friends and it was not targeted at any particular student(s),” Durham said in a statement. “The two students in the video say they meant it as a joke amongst friends and did not intend for anyone outside of their small group to view it.”

Durham said the actions of the students, who were not yet officially enrolled at Yulee High School at the time of the video’s recording, “did not meet the criteria” necessary for the school to take disciplinary action.

“While schools do have jurisdiction to discipline students for their on-line, off campus behavior under certain circumstances, this case did not meet the criteria,” Durham said. “While the school and district find this type of joke cruel and abhorrent and would discipline the students if legally permissible, the circumstances of this case just don’t allow it.”

However, the district has taken action to punish the student who circulated the video among multiple Black classmates via Snapchat, as well as two of those recipients who physically confronted the students in the video.

“The student who sent the video to several, specific students does meet the criteria necessary to punish a student for their on-line behavior,” Durham said. “The student was assigned discipline consistent with the district’s code of conduct.”

The controversial decision was discussed Wednesday night by dozens of parents of Nassau County students. Many parents felt the district did not handle the situation with fairness or consistency.

On Wednesday night, a group of more than two dozen parents of Nassau County students met to discuss the district’s handling of the situation, calling it unfair and inconsistent, per News 4 Jax.

“There is a false idea that racism is limited to name calling and physical violence, but it’s so much more than that,” said Christina Guerrier, a parent, at Thursday night’s school board meeting. “The initial response from school administrators showed us that covert racism in the spotlight.”

“There’s been in our view, from the parents that I have spoken with, inconsistencies in the response, the communication to our kids, to me, suboptimal,” said parent Matthew Ricks. “I don’t understand why we haven’t worked better together to get through this and why it takes a group of parents yelling, literally me personally yelling and crying in district offices to get a response.”