After the COVID-19 pandemic sidelined the way people traditionally celebrate All Hallows Eve in 2020, countless are eager to go all out this year.

That also goes for many celebrities, who always find inventive ways to play dress up every Oct. 31. This year, as people are less anxious to go outside again, many big names have gone above and beyond with their costumes.

So, theGrio has chosen 10 our of favorite costumes from music, film and TV stars for Halloween 2021: 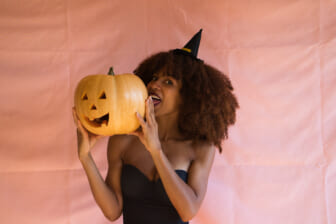 THE LEGEND/TEIGEN FAMILY as The ADDAMS FAMILY

This Halloween weekend, EGOT winner John Legend and his author/TV host wife Christie Teigen incorporated the whole brood to dress up as the ghoulish Addams Family. Not only do we see Legend as patriarch Gomez Addams, Teigen as Moticia Addams and little Luna as Wednesday Addams, but Legend plays the fiendish theme song for some added authenticity.

TAMRON HALL as CARDI B

As a new mother, Tamron Hall knows what it’s like to work while pregnant. So, it makes sense that the host of The Tamron Hall Show would choose to transform into Cardi B and don the rapper’s pregnancy performance outfit. The “Open” rapper wore the stomach exposure one-piece during her BET Awards performance with her husband’s rap group The Migos in June. 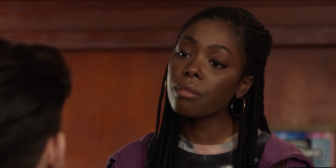 Ciara has always been known for her stage presence. So, for this Halloween, the “Level Up” singer gave tribute to another amazing live performer, the late Selena Quintanilla-Perez. Ciara recreated a ilve album cover of the Tejano music Grammy-winner’s final concert, adorned in what became her iconic purple jumpsuit.

In 2020, Tyga picked one of the most on-the-nose costumes when he dressed up as Joe Exotic of the popular Netflix docuseries Tiger King. What could he possibly do for an encore? For 2021, the rapper delivered a spot-on recreation of Johnny Depp‘s Barnabas Collins, the vampire from the film Dark Shadows. Depp’s 2012 film was an adaptation of the 1960’s television show of the same name.

Chloe Bailey turned heads with her sexy video to her debut solo single, “Have Mercy.” Since then, she’s continued to exude her voluptuous aura for all her fans. Keeping in that spirit, the singer/producer’s 2021 Halloween costume was a clever recreation of Lola, the sexy cartoon angelfish from the animated film Shark Tale. Lola was voiced by Academy Award winner Angelina Jolie in the film, which starred Will Smith in the lead.

SAWEETIE as CATWOMAN (With assistance from Halle Berry)

Although Halle Berry‘s Catwoman film was much maligned when it came out, there’s no denying that she was stunning in her outfit. As proof, singer Saweetie decided to recreate Berry’s Catwoman character. In a social media video post, Saweetie not only nailed the Catwoman costume and saunter, but Berry herself even made a cameo to legitimize everything.

While many people like to dress up like real-life people or characters from contemporary movies and television shows, some prefer to turn to the classics for Halloween. Just like LeBron James. The Los Angeles Lakers forward decided to dress up as Freddie Kruger, the iconic subconscious slasher of the Nightmare On Elm Street film franchise.

LIZZO as GROGU aka BABY YODA

Lizzo took the world by storm ever since she dropped her Grammy-winning breakthrough 2019 album Cuz I Love You. That was the same year that someone else took the world by storm, The Child from Disney+ Stars Wars series, The Mandalorian. Fans came to know the cute character as Baby Yoda, due it his resemblance to the iconic Star Wars Jedi master. Makes sense that Lizzo would dawn Baby Yoda for her Halloween costume in 2021.

JANELLE MONAE as THE GRINCH

Janelle Monae is used to embodying characters. In acclaimed albums The ArchAndroid and The Electric Lady, she took on the persona of messianic android Cindi Mayweather, who broke programs to liberate others. For Halloween 2021, she became completely immersed in her costume, The Grinch. With intricate make-up and fur covering from head to toe, you almost can’t tell if the person behind the Christmas thief is Monae or Jim Carrey, who immortalized the character on the big screen in The Grinch.

Two-time Grammy winner Anderson .Paak refused to be outdone for Halloween this year. That’s why the Silk Sonic member decided to embody not one, but two musical legends when he recreated album covers of Stevie Wonder’s Hotter Than July and Prince‘s self-titled album. Paak has a tattoo of the same photo of Wonder on his chest.